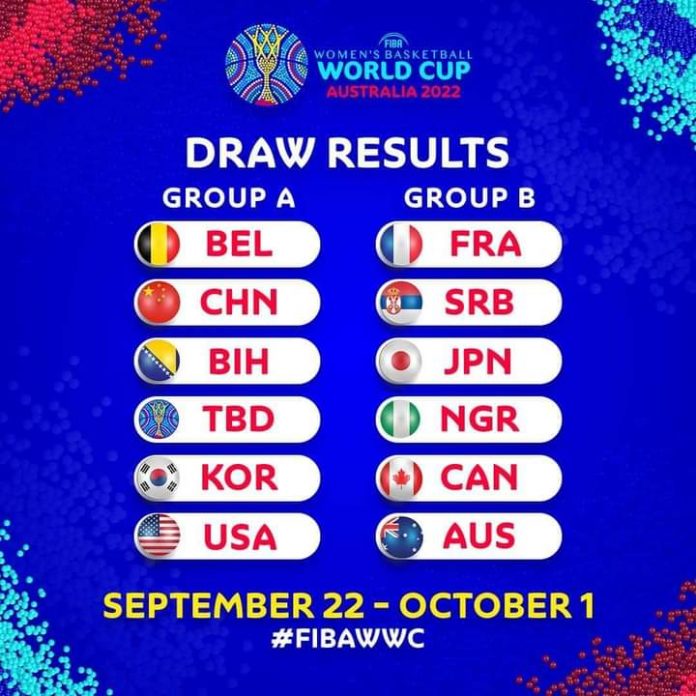 Nigeria’s Women’s National Basketball team D’Tigress have been handed a tough draw ahead of the 2022 FIBA Worldcup which is expected to hold in Sydney, Australia in September later this year, Owosports.com.ng reports.

The draws event which was hosted on Thursday March 3rd 2022 by Matthew Doyle in Australia saw the Nigerian ladies paired in Group B alongside France, Canada, Serbia, Australia and Japan.

The tournament has two groups with a total of 10 countries. In group A, world number one, China is joined with Belgium, Korea, USA, Bosnia Herzegovina and one other team yet to be decided.

Meanwhile, Nigerian D’Tigress will again have to face off against France, whom they came from a 20-point deficit to defeat in Belgrade in February.