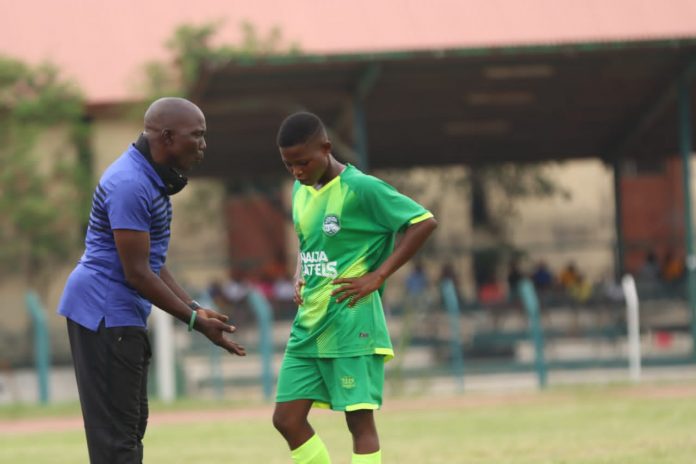 Naija Ratels played a barren draw with Ghana Police Ladies on the opening day and went on to lose narrowly to fellow Premiership side, Royal Queens on tuesday evening.

The Ratels will now meet Honey Badgers on Friday, in a game they must win to proceed to the next stage of the tournament.

However, Olowookeere is remaining calm and believes he is not under any pressure to win the tournament, stating that Pre-seasons are meant for you to build your team and make them stronger ahead of the new season.

‘We have been playing so well, but not taking our chances. It clearly means that we still have a long way to go. We need to keep getting stronger in every department, and that’s the reality we need to face.

‘I don’t feel any pressure. It is about getting it right and preparing the team well enough for the league and the future. I know a lot of people expect us to have done better, but at the end of the day, we would keep pushing and improving as a team.”

Naija Ratels FC got promotion to the NWFL Premiership in 2021 after winning the NWFL Championship season and also got to the Semi-final of the 2020 Flying Officers Cup, where they lost to Nasarawa Amazons via penalties.