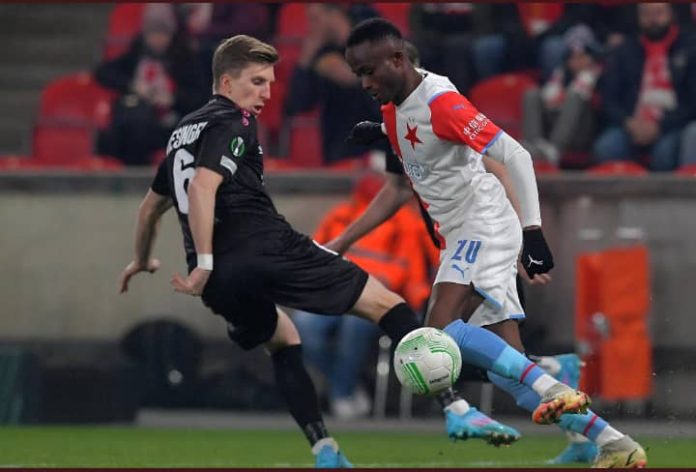 The Slavia Prague winger’s scoring abilities and pace, was said to have caught the attention of De Smurfen, who recently sold Super Eagles striker Cyriel Dessers to Italian Serie A side US Cremonese this week.

According to Het Nieuwsblad, Yira Collins Sor who was missing in Slavia Prague 3-2 win against Jablonec, could be in Belgium and agent to conclude talks with Genk

Slavia Prague wants €8 million euros for the attacking winger who has been impressive for the club in the Play-Offs of the Europa Conference League, scoring six goals and three assists in six games last year, and has scored twice in their qualifier against St Joseph’s this season.