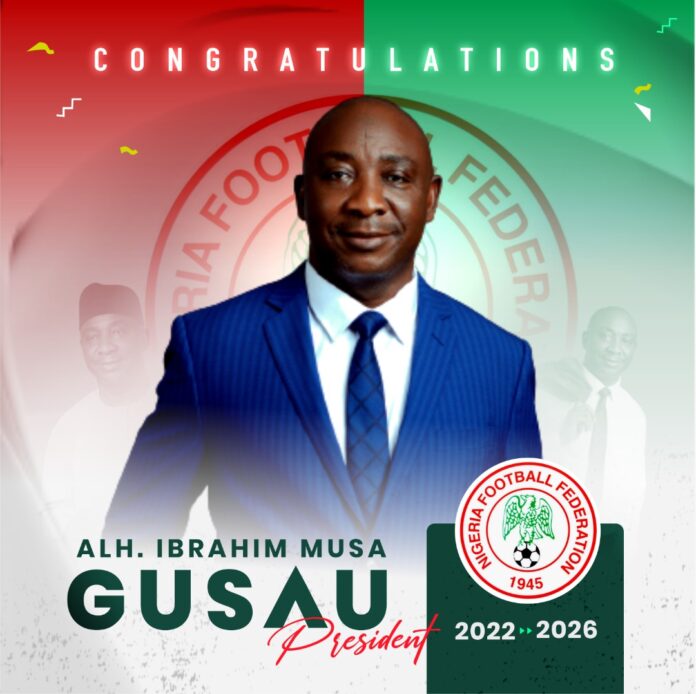 Ibrahim Musa Gusau has been elected as the new president of the Nigeria Football Federation (NFF) in the elective congress held on Friday in Benin City, Owosports.com.ng reports.

The Zamfara-born football administrator defeated nine other candidates to emerge as the successor of Delta state born Amaju Pinnick.

He pulled 39 out of 40 votes in the re-run election after all the candidates had initially failed to meet the 22 votes requirements.

Gusau had earlier managed 21 votes followed by Seyi Akinwunmi who got 12 and Shehu Dikko with 6 and one vote for Peterside Idah.

Before the re-run of the election Akinwunmi, Dikko, Abba Yola and others withdrew from the election except for Idah who decided to continue but failed woefully in the re-run.

During the election, Felix Anyansi-Agwu, chairman of Enyimba FC, was voted in as the first vice-president of the NFF.

Anyasi-Agwu, who polled 23 votes, defeated Obinna Ogba (8 votes) to replace Seyi Akinwunmi as the number two person in the glass house, while Yusuf ‘Fresh’ Ahmed was elected as chairman of chairmen.

Ahmed secured 37 from 41 votes to become the chairman of chairmen.