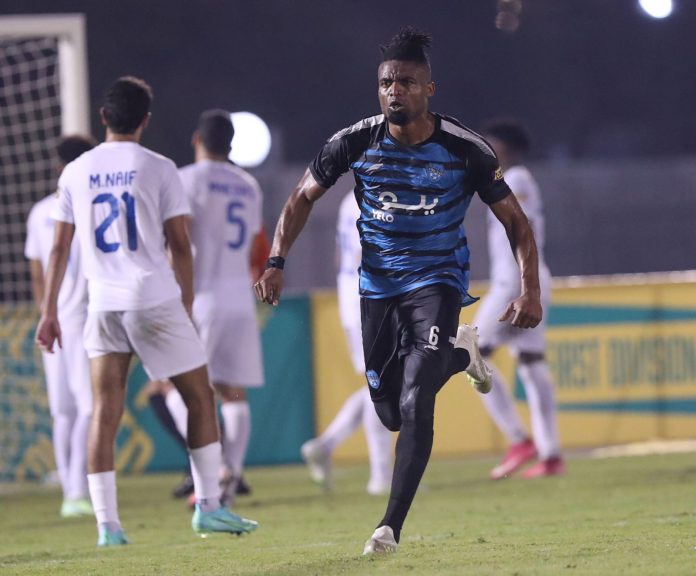 Nigeria international Ifeanyi Anaemena has opened his goal scoring account for his Saudi Arabia division one side Al Nahda scoring the equalizer as they recorded a 1-1 draw away against Al Ahkdood on Tuesday night.

The defender who is known for scoring goals powered in a beautiful cross form the conner in the 73rd minutes to restore parity for his side who where trailing by 1- 0 scoring his first goal for Al Nadah since joining from Rivers United on a free following the expiration of his one year deal.

Speaking to www.Owosports.com.ng from his base in Saudi Arabia after the match, the former Enyimba skipper expressed delight to have gotten his first goal, also expressing his desire to get more goals for his new club

“It feels so great to get my first goal for the club”, said the elated Aneamena.

“Scoring goals as a defender has always been a part of me, i have been working on it in every training section, thank God it finally came today and I am so happy”, he concluded.

The former Giwa defender scored seven goals for Enyimba in the 2019/2020 season, he also scored three times for Rivers United in the 2020/2021 Nigeria football season.