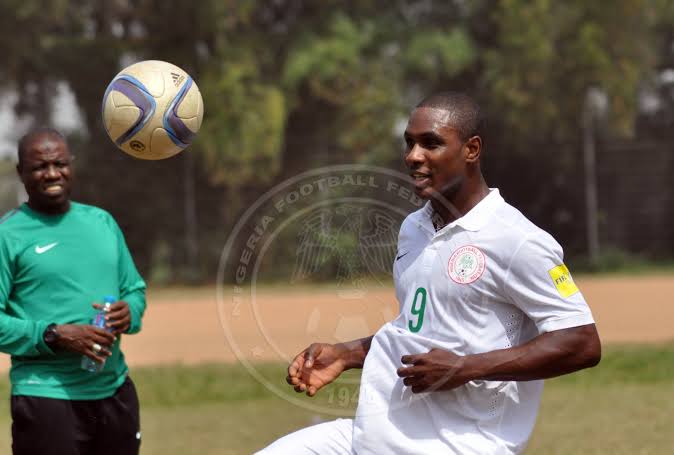 The Nigeria Football Federation (NFF) uder the leadership of Mr, Melvin Amaju Pinnick have clearly proven to be a myopic, clueless body with no integrity, and lack of positive intent for the future of Nigerian football rather than taking it backwards with it’s recent decisions.

Just recently the media was divided with the controversial return of Salisu Yusuf as the assistant manager of the Super Eagles after being suspended for One year having being found guilty for receiving bribe in 2018.

Few saw nothing wrong with his return after serving his punishment (one year ban), others however questioned the integrity of the Nigeria Football Federation (NFF) and it precedence towards putting an end to corruption which has now painted the football body in bad light as many believed their “corrupt” nature has driven them into taking such an Inconsistent and barbaric decision.

A corrupt individual should have nothing to do with a public office, Salisu Yusuf was found guilty of bribery which is a huge offence in football, he should have remain suspended from the National Team as a sign of discipline to send a very strong signal to anyone who might possible find themselves caught in that Web.

If the NFF feels Joseph Yobo is not doing enough as the assistant manager of the Super Eagles the position Salisu Yusuf has re-instated to occupy.

It came as a joke when The Nigeria Football Federation President Mr Melvin Amaju Pinnick on Monday hinted on the possible return of Odion Ighalo to the Nigeria National Team.

It however became a subject for deliberation on Wednesday when the Technical Adviser of Super Eagles Gernot Rohr revealed that he has named Odion Ighalo in his provisional list to take on Liberia and Cape Verde in the final two FIFA Worldcup qualifiers fixtures in November which has got everyone talking.

Is Odion Ighalo What The Super Eagles Want?

Nigeria at the moment have the best strike force in the continent with Victor Osimhen, Taiwo Awoniyi, Paul Onuachu, Kelechi Iheanaho and Emmanuel Dennis banging goals in all cylinders for their various clubs.

Odion Ighalo tops the Saudi Arabia League goal scorers chart with ten goals in nine matches this season for Al Shabab, while the leading Super Eagles striker, Victor Osimhen who appeared to have replaced the ‘Former’ since he announced his retirement has bagged in ten goals for his Italian Serie A club Napoli this season.

Paul Onuachu who is currently being scoutted by top European club’s, netted 33 goals in all competition last season and has continued with his goal scoring feat this season having netted eleven times in fifteen matches in all competition for his Belgian Jupiler league side Genk.

Kelechi Iheanaho is another man you can run to in-search of goals, scored a brace as the Super Eagles defeated Liberia in September in Lagos ended the 2020/2021 season with 22 goals in all competition for Leicester City, has scored three times this season.

Taiwo Awoniyi is a revelation this season after completing a permanent move from Liverpool to Union Berlin in Germany.

He has scored seven goals in nine appearance so far this season.

Sadiq Umar plys his trade for UD Almeria in the Spanish Laliga two, he was fantastic last season scoring 28 times in 58 matches, he has now scored seven goals this term in 12 matches.

This are attacking options who are doing very well for themselves and can step in and get the job done if given the chance. Not also forgetting the possible inclusion of Ademola Lookman who has indicated interest in representing Nigeria.

This however validate the fact that the services of Odion Jude Ighalo is not needed as the team is not faced with the problem of scoring goals but Gernot Rohr’s technical deficiency in making the best out of squad he has at hand.

Ighalo’s quality can not be underestimated as he is tested and trusted, finished as the top scorer at the 2019 Africa Cup of Nations in Egypt, Scored fifteen goals in 36 games in his five years stint with the National team, however let the retired remain retired he has paid his dues let us move on and allow the current lads who have been doing well continue with the good Job.

Our football must move forward Amaju Pinnick must resist the temptations of taking us backwards with his continuous Inconsistent decision making which is not good for Nigeria.

Coach Gernot Rohr has enough Arsenal in the team to do with, he should sit up technically and tactically create a balance out of the abundance of talent he has in the squad.

He should be professional enough with his job and not be influenced by the President of the Football Federation who is with no coaching history or certificate.