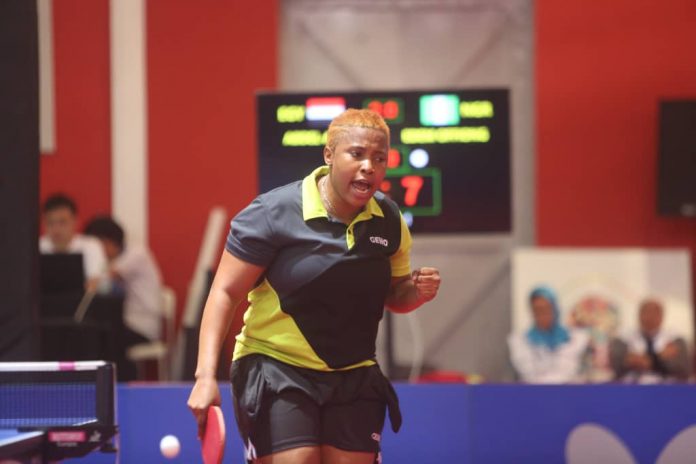 Nigeria’s Table Tennis star, Edem Offiong, has said it’s a great honour for her to represent the country in the upcoming ITTF championship slated for Houston, United States of America

Offiong is among the five Nigerians listed to participate in the championship slated to start next week in the US.

The Olympic star who is set to depart for the championship admitted that America is a land of opportunity and she is excited to playing there.

“I know America is a land of opportunity, I haven’t been there, so I’m excited to visit.

“It’s good opportunity to for me to be playing in the World Championships,” she said.

Offiong will compete in the women’s singles, women’s doubles and mixed doubles