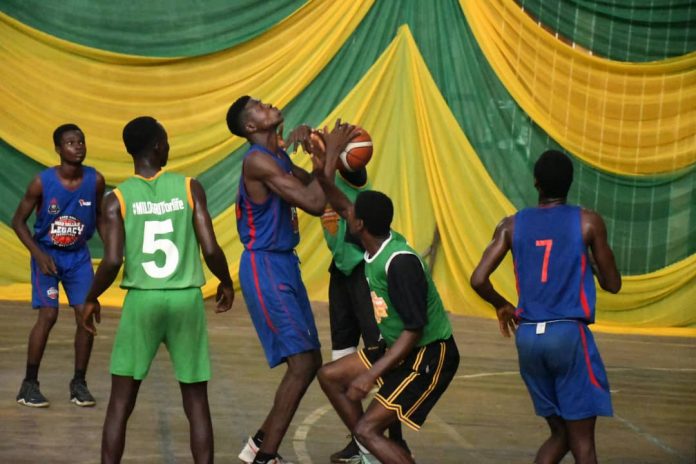 Ex-Basketball Players who rose through the basketball culture in Kwara State, put together close to 100 kids at the inaugural edition of “Kwara Basketball Ex-Professional
under-16 Basketball competition” held at the Indoor sports of the Kwara State Stadium on July 12th 2022.

Former Falcon and Islander Player, Lasun Fakeye, who led the campaign, explained that the window was meant to rekindle the light they had during their playing days and promised to sustained it with increased input thereafter.

He added that it was a strategy to redefine the direction of the game at the grassroots.

Prizes, gifts and awards were given to participants in a ceremony attended by Members of the state Sport Commission led by Mallam Bola Mogaji, Kwara Basketball Veterans, Kwara State Basketball Association amongst other individuals.

Mallam Bola Mogaji, commended the organisers for reckoning with grassroots development in his complimentary message while charging all participants to strive hard in their chosen field.