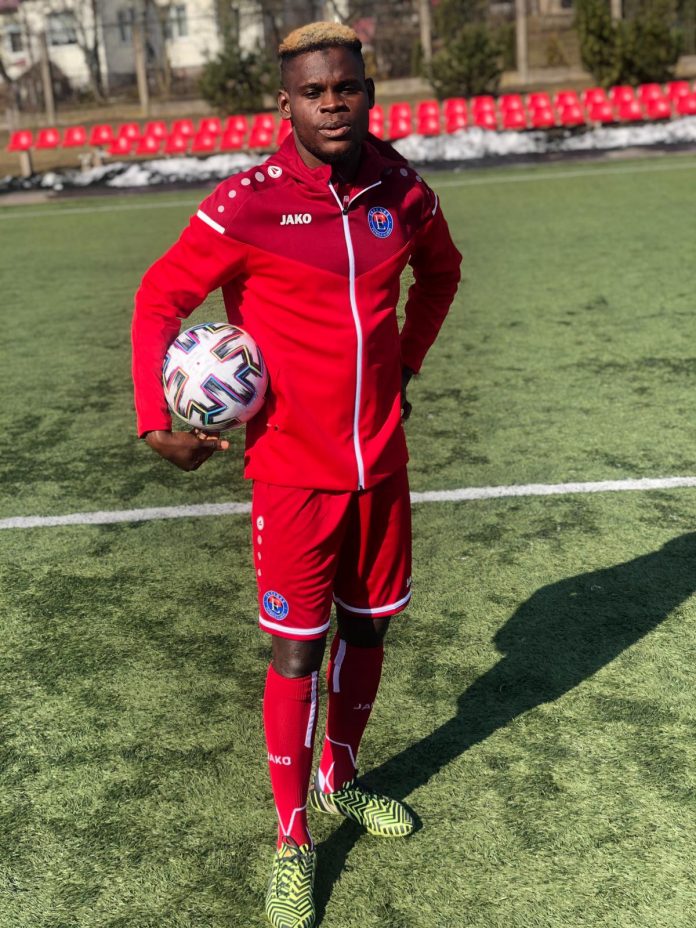 Former Kwara Football Academy graduate Ayinde Kehinde AbdulRasheed Scored an impressive hattrick for his Lithuania lyga II side FK Ekranas in a 7-0 bashing of FK Garliava this evening in a league match.

Kehinde completed his hattrick in record time of just 24 minutes- the fastest in the Lithuania second tier league this season.

The Ilorin born former Golden Eaglet and Flying Eagles striker has now scored 19 league goals in just 750 minutes and 20 goals in all competitions for the Panevezys side.

The Former ABSilorin FC prodigy has been instrumental to FK Ekranas quest for promotion to the Lithuania Lyga 1 after his goals have propelled the fire warriors to the summit of the league with 70 points and 6 points clear of their closest rival with 2 more matches to the end of the Lithuania lyga II season .