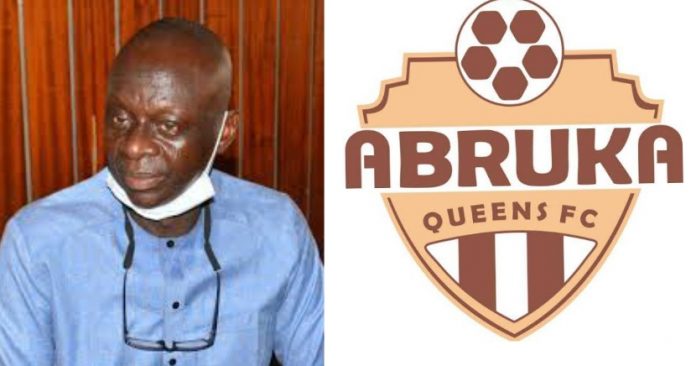 The Executive Chairman of Kwara State Sports Commission, Mallam Bola Magaji has commended the entire team of Abruka FC of Kwara state for their efforts in the 2022 AITEO Cup.

The Executive Chairman on Friday while receiving the team on arrival from Benin City, Edo State where they played their games appreciated the team for their giant strides inspite of their short time in the game.

Magaji who promised to arrange a small hosting of the team on his own account also commended the proprietor of the team Alhaja Segilola Alaya for her efforts in seeing the team through to partake in the competition in the face of the current financial constraints.

He urged the team not to relent in their efforts and try to surpass what they achieved in the next edition.

He charged the team to be focused and make discipline their watch word adding that the state appreciated their impact in the competition.

While responding, Alaya appreciated the Commission’s efforts in making their trip for the competition a success.

Alaya commended the team who emerged as the state champions and went ahead to win their round of 32 game by five goals before losing to more experienced Abia Queens in the round of 16.