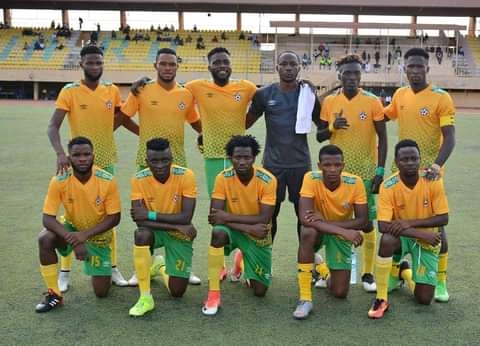 A game where United’s Technical Adviser, Abdullahi Biffo was absent in the dug out due to the demise of his wife last Thursday, saw the teams coming into the game with equal 49 points-Thus making it a cracker with high stakes.

It was a decisive victory for Kwara United as they secure a 2 nil victory over Rangers International FC on Sunday to maintain their unbeaten run at their home ground.

The “Never Say Die” spirit of the Rangers played out in the first half of the first game as they held the home team to a goalless draw although had to shake off the pressure of some goal onslaught from the Harmony Boys.

Kwara United led by their Chief Coach, Ashifat Suleiman came back to the game with a renewed vigour having lost some goals chances in the first half and their resolve would eventually be complemented when Kabiru Balogun broke the deadlock in the 62nd minutes from Ayobami Junior’s beautiful pass.

Olawale Farayola who was introduced in the second half consolidated his team’s lead eight minutes to the end of the regulation time with his woodwork flying past Nana Bonsu after profiting from yet another sublime pass from Ayobami Junior.

Rangers defeated Kwara United 1 nil in the first leg of the league game played in February in Enugu and the flying antelope couldn’t exert the level of performance required to keep their opponent at bay.

Mbwas Mangut,the Assistant Coach of Rangers while speaking to the newsmen noted that it was quite unfortunate for his team who started the game very well to lose their guard due to some technical and tactical deficiencies from some of the players.

In his own remark, Coach Ashifat Sulyman of Kwara United acknowledged Rangers as a top flight side- commending his boys for shrugging out totally against the Enugu based side bearing in mind the importance of the victory in the game.

Ashifat reflected how the tactical consciousness of keeping the ball without loosing it unnecessarily against the opponent had helped them waxed off the plot of their visitors as he also hailed the impact of Ayobami Junior for his assists.

Kwara United are now currently occupying third position on the log with 52 points while Rangers seats 7th on the table with 49 points.