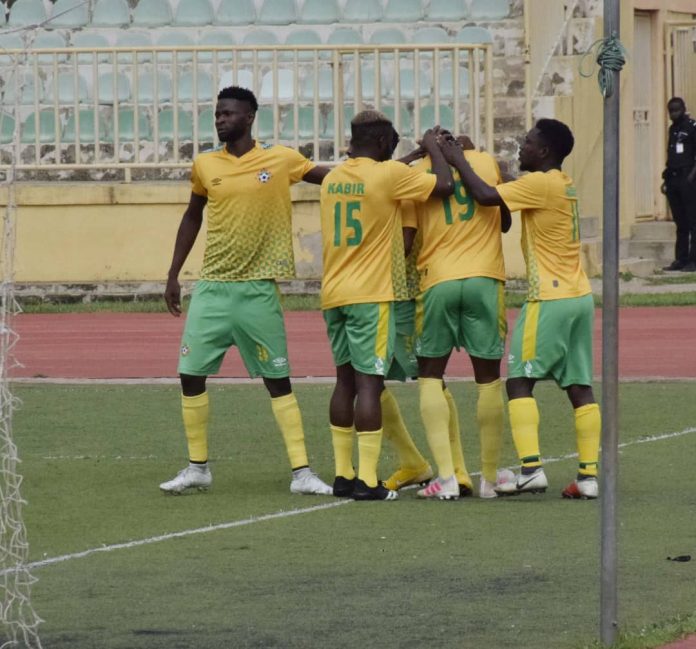 Kwara United on Wednesday evening landed in Akure where the Harmony Boys will face Sunshine Stars this Thursday evening in a friendly encounter.

Before traveling down to Akure, Kwara United has engaged some lower sides in Ilorin in which all games ended in wins – including a 7-0 victory over Lama Academy this last Sunday.

Kwara United Management in their quest to shine again in the coming season then decided to arrange topflight friendly ties to test the rigidity of the players ahead of the League season.

GM of Kwara United Bashir Badawiy who is the head of the delegation to Akure stated clearly that today’s battle against Sunshine Stars will give the management and coaching crew clearer pictures before the start of the term.

“Sunshine Stars have also recruited some good players and facing them today will be a good match for us as we continue to make a good preparation for the coming season,” Badawiy explained.

Kwara United chief coach Suleiman Ashifat popularly known as Brazil confirmed that his wards are ready for the game against Sunshine Stars with the mindset of winning convincingly.

“Sunshine Stars are no doubt a good team and I know that the match will be a good test for us, but we are positive of picking a win here in Akure.”

After today’s friendly game against Sunshine Stars, Kwara United will be traveling to Ikere on Friday morning where they will face Remo Stars on Saturday in another testing encounter.