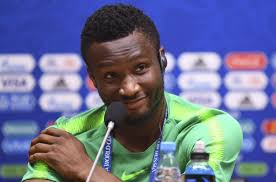 The former Chelsea Star, 34, recently penned down a year deal with Kuwait top-flight side Kuwait Sporting Club from Stoke City where he had earlier signed a contract extension.

Many have been eager to know what could take the former Nigerian captain back to Asia where he left just two years after brief stinks with Chinese club Tiajin Teda in Favour of Europe where he had earlier spent 12 years in London winning humorous honors with Chelsea FC, however the answer to our questions is ‘the huge pay package’.

According to reports Mikel would earn a whooping $4 Million per Annum (Yearly) which is understood to be the highest any player would earn in the Kuwaiti league.

Break Down How Much Mikel Would Earn Monthly and Weekly at Kuwait SC?

So many are curious to Know How Much It Would Be If Converted To Naira.

This figure should keep the legendary midfielder as the richest active Nigerian footballer.