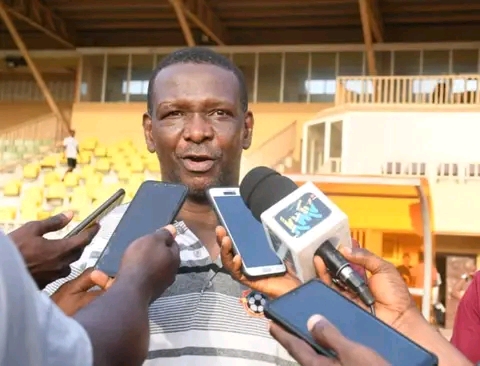 Speaking to newsmen after the team’s 3-1 victory over 3SC of Ibadan on Sunday, the Offa-born gaffer stated that he still maintained a cordial relationship with the sacked Coaches.

“It’s just God’s doing. It’s not my doing at all because I have been in the team for a while now and have been supporting the team and other coaches that has been working here -They are my boss and my colleagues- even the former Chief Coach is my Captain when I was playing” he said.

Ijaiya, who would had to handle the team for the last quarter of the game against 3SC due to the sudden departure of the Club’s Technical Adviser for another engagement noted that the players were happy to have him on board.

“The transition that happened during the league is not my doing but God’s doing and I believe God will open another way for them and they will get another job” remarked Ijaiya.

Reflecting on the performance of the players, the National Institute for Sports (NIS) certified Coach said,”They are happy to see bringing me in because I have been with them for a some time now. They gave their best and promised to give me the win for the first match being in charge, and Thank God here we are today”

Ijaiya,who was one time Captain of the Kwara United said he wasn’t under pressure to guide the team for the remainder time of the Sunday’s encounter even as he noted that complacency on the part of the players had allowed the visitors to get a consolation goal.

“Honestly speaking, I am not under pressure because we were leading comfortably. Had it been we haven’t scored, I would have looked at it that it’s a big task for me but we were leading 3-0 and my boys has done 99% of the job”

Recall that Kwara United management board recently asked two it’s Coaches: Ashifat Sulyman ( Chief Coach) and Taofeek Babatunde (Assistant Coach) to step aside due to what it termed ‘negligence of duty and cause for effectiveness’.

Replacing them, the board elevated its youth team Coaches, Lukman Ijaiya and Mukaila Olaniyi to fill their positions.

Both Lukman and Mukaila led the Kwara United U-15 boys to the just concluded NPFL/Laliga Promise Tournament which held at Remo Stars Stadium in Ikenne. The team crashed out of the tournament at the group stage.

Currently sitting 5th on the log with 43 points, Kwara United will tackle Gombe United away from home in the matchday 30 of the NPFL.