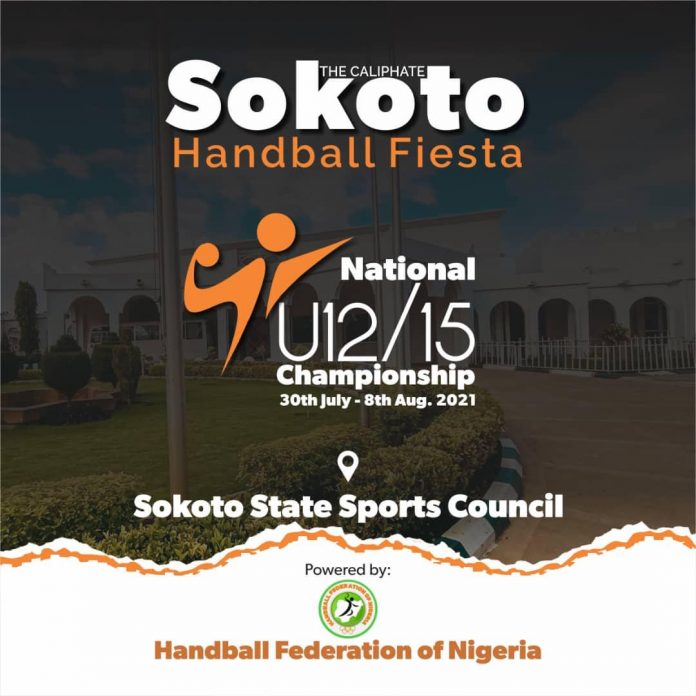 Just few days after the successful hosting of the National Division One League in Benin, the National Under 12/15 Handball Championship will hold in Sokoto.

The age grade competition, which is one of the developmental competitions of the Handball Federation of Nigeria (HFN) and proudly sponsored by the Sokoto State Government, will hold from July 30 to August 8, 2021 at the Sokoto State Sports Council Complex.

This is the first of the three years sponsorship as agreed by the Sokoto State government led by Governor Aminu Waziri Tambuwal when the Championship was held in Sokoto in 2020.

Chairman, Caretaker Committee of the Handball Federation of Nigeria Mr. Samuel Ocheho said the federation is will not rest on their oars until they ensure the development of the game in the grassroots hence their preparation towards the National Under 12/15 Handball Championship just two days after the conclusion of the Division One Handball League.

“The Division One League is over and the next on the calendar of the HFN is the National Under 12/15 Handball Championship in Sokoto.
We are big on developmental growth of handball and we won’t rest on our oars until we ensure that we completely capture the grassroots with the sport.

And that is the essence of the Championship”.
Ocheho thanked the Sokoto State government led by Governor Aminu Waziri Tambuwal for committing to host and sponsor the Championship for five years and their support to federation.