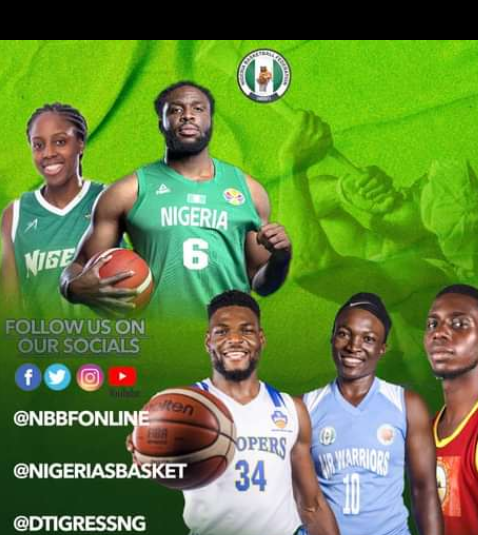 The final ‘8’ of the Premier Basketball Men’s League has been scheduled to hold between November 12 to 17 at the Indoor Sports Hall, Package B of the Moshood Abiola International Stadium, Abuja.

In a letter released by the federal Ministry of Youth and Sports development, dated November 5, all the eight participating teams are expected to arrive the venue of the tournament on November 11.

The letter, signed by Afolabi- Oluyemi Olabisi for the Director of ( FEAD) noted that ” the winner of the league will represent Nigeria in the Basketball African league (BAL) scheduled to hold later in the year”.

The participating teams divided in to two conferences had earlier in September featured in a zonal qualification series to make the final 8 fixtures.

The Nigeria Basketball league is making a return after a 4 years hiatus occassioned by the leadership tussle in the Basketball federation.

While the federation still struggles to put it house in order in the face of a reconciliation committee set up by the Minister of Youth and Sports, the boys will be hoping to make the best out of the campaign while they maximize their potentials.