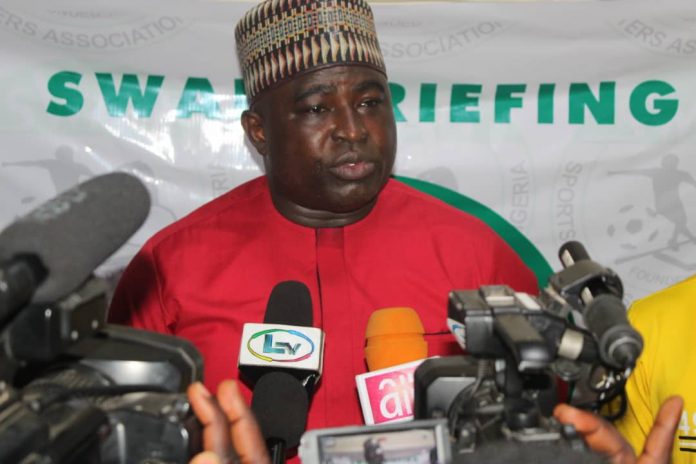 Commodore Olatunji Bamidele Ayoade of the Nigeria Navy who was on the 30th of September 2021 elected as the president of the Shooting Sport federation has promised to take the Sports to an enviable heights.

Reacting shortly after his victory at the National Sports Federations’ Election held at the Package B of the Moshood Abiola National Stadium, Abuja, Ayoade thanked the delegates for reposing confidence in him, revealing that his major areas of focus would be scouting talents at the grassroots level, hosting national championships and ensuring that Nigeria participates in future international championships, especially the Olympics.

“I feel elated because of the trust that has been reposed in me.

“I thank everyone that has been involved in this contest.

“It’s very free and fair and has opened my eyes to the larger perspectives of the Sport.

“I promise to take Nigeria Shooting Sport Federation to a higher height, by working with all relevant stakeholders to get the job done, beginning from the grassroots to the international level.

“General Adeoye is still a Board member of the Federation, and we will surely tap from his wealth of experience in our quest to take Shooting to the promised land”, he ended.

The new Board, alongside other elected National Sports Federation Boards, will be inaugurated at a date to be announced by Nigeria’s Minister of Youth and Sports Development, Mr. Sunday Dare, at the Moshood Abiola National Stadium, Abuja.

The new Board will serve a tenure of four years after inauguration.