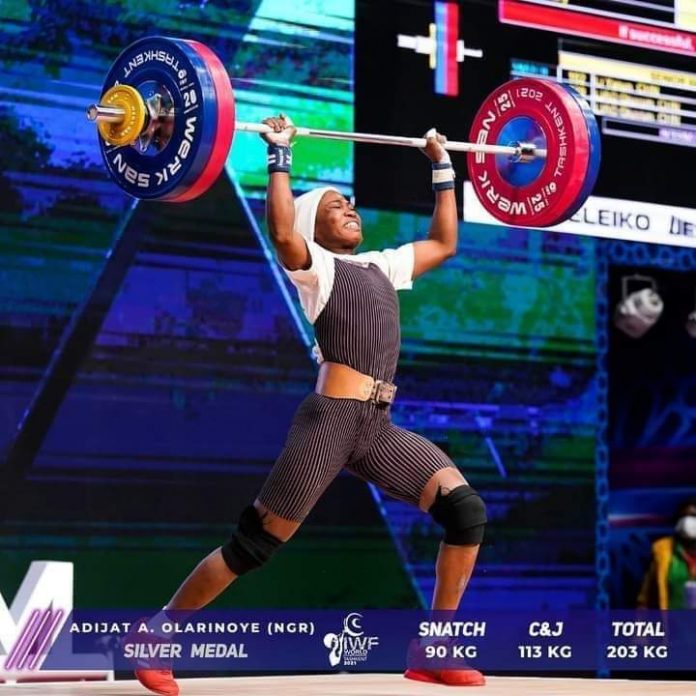 Determined not to give room for errors and complacency, Nigeria weightlifters have continued to intensity trainings and preparations ahead of the 2022 Commonwealth Games scheduled to hold in Bermigham, England, next month.

The Nine Nigeria weightlifters made up of 7 females and 2 males whose qualifications were confirmed by the International Weightlifting Federation, IWF in March, have been in camp since April 19, perfecting strategies.

The three months camping have been intense with the coaches including the Technical Director of the federation, Mr Christopher Nwadeih as well as Coach Helen Idahosa, a Super Heavyweight Olympian in year 2000

Mr Nwadeih informed the Nigeria Weightlifting Federation, NWF media that the early camping is critical for effective performance of the athletes.

In the men category, Joseph Umofia Edidiong 67kg and Emmanuel Appah 61kg will aim to win gold medals as well.

In the meantime, the federal government through the mnistry of youth and sports have announced that closed camping for the Birmingham 2022 Commonwealth Games for Team Nigeria will commence on the 9th of July. While departure to Birmingham is on the 22nd of July.

Apart from weightlifting which have potential medal prospects for the country, other events Team Nigeria will be participating in include, athletics, boxing, judo, para athletics, para powerlifting, para table tennis, table tennis and wrestling.

Birmingham 2022 Commonwealth Games will begin on 28 July and ends on 8 August.