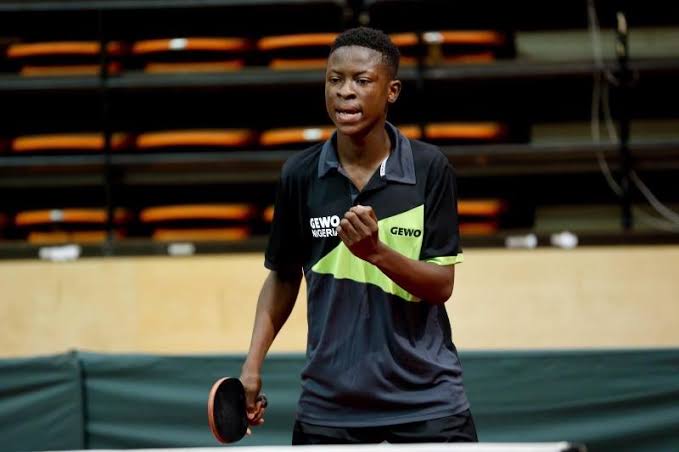 According to the President of NTTF, Ishaku Tikon, the decision to withdraw the team was based on the lack of funds as efforts by the federation to secure funds from the Ministry of Youth and Sports Development failed to materialise.

Tikon who was pained by the withdrawal said the federation had written to the ministry about the trip but several visits and pleas to secure the funds failed as the usual no-fund excuse became the order of the day.

“I knew what these boys went through before qualifying for this tournament and for two months we had written to the ministry about the trip but we did not get any result from all the visits as the excuse was that there were no funds. I am not happy that our young players will not be competing with their counterparts at the biggest youth gathering in Tunis. But this is where we found ourselves as it is beyond the federation and this prompted us to withdraw the team in order to avoid possible sanction from the world table tennis ruling body,” he said.

However, a staff of the Ministry of Youth and Sports Development who pleaded anonymity said it is high time the federation looked beyond the ministry for funds to attend major competitions. “I think most federations are not looking inward to source for sponsors to prosecute most of their porgrammes. The ministry has a lot to carter for and the fund available cannot meet the needs of all federations. So federations should go out there and seek support from private sectors to bankroll their activities because the approved budget for sports cannot cater for all federations,” he said.

Meanwhile, the former President of NTTF and Vice President of ITTF Wahid Oshodi has lamented the absence of Nigeria in several major competitions this year while admitting that this would deny the players the opportunity to compete against the best. Specifically, Oshodi said this would deny them the needed exposure and ranking points.

The quartet of Taiwo Mati, Muiz Adegoke, Mustapha Mustapha, and Samuel Boboye conquered the continent at the 2022 African Youth Championships to qualify as the African champion for the WYC. But the decision to withdraw the team will hand over the continent slot to Egypt in Tunisia.