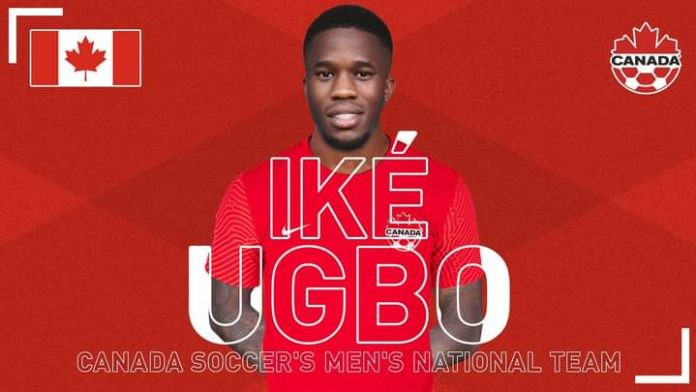 After being over looked by both England and Nigeria, Genk striker Ike Ugbo has decided to commit his International allegiance to the Canadian Men’s National football Team.

The former Chelsea star who had earlier indicated interest to play for Nigeria is expected to join Canada this coming week in Edmonton, Alberta for the Concacaf final round of FIFA World Cup qualifiers.

The striker, who plays at club level for Genk in the Belgian top-division, represented England at the youth international level and was eligible to represent Nigeria through his parents but has instead committed his future to the North American nation.

In a sensational turn of events, Ugbo was unveiled on Thursday evening as a new addition to the Canadian football family.

“This is great news for Canada Soccer’s Men’s National Team Program and the country as he’s another young, top-level player with his best football years ahead of him,” said John Herdman, head coach of the Canadian national team.

“He’s chosen to be part of this exciting journey starting with FIFA World Cup qualifiers. We are looking forward to finally see him in that Canada red jersey.”