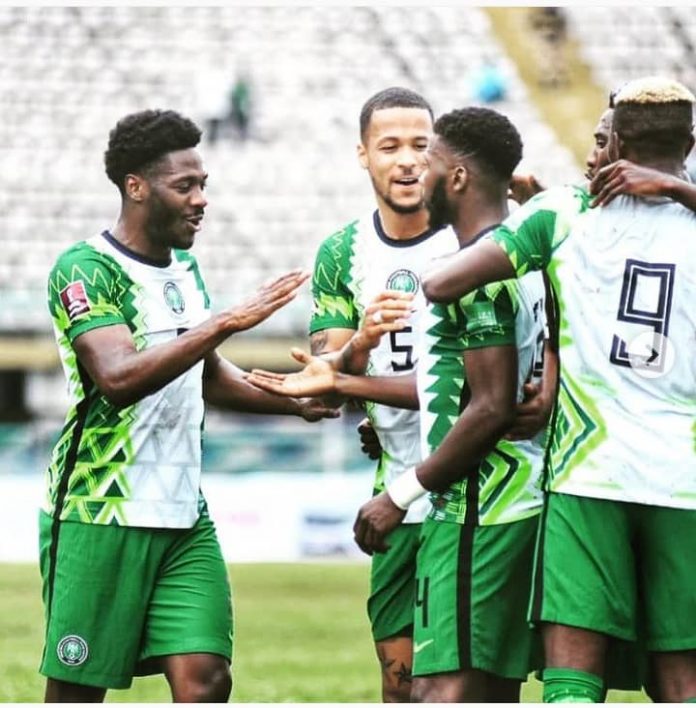 Nigeria is a game from reaching the crucial last round of qualifiers, as goals from Leon Balogun and Victor Osimhen at the Japoma Main Stadium Yaounde ensured that Nigeria could make a seventh World Cup appearance in Qatar.

Troost who ensured the Super Eagles kept a clean sheet in the game, could not hide his delight in the game as he showered encomiums on defence partner Balogun and 100 cap Ahmed Musa.

A post of the rock-solid Watford defender on social networking site, Instagram read: “Revenge is a dish best served… with 3 points. Congrats to my brother Leon Balogun  @leonbalogun on his first goal.
And to our Legend Ahmed Musa  @ahmedmusa718 on his 101 caps. We move 🇳🇬🦅.”

Nigeria remains top of Group C with 9 points from four games in the 2022 World Cup (CAF) qualifying campaign and will face Cape Verde and Liberia in November.

Cape Verde’s Tubaroes Azuis (The Blue Sharks) are second on the log with 7points followed by CAR, 4points and Liberia with 3 points.