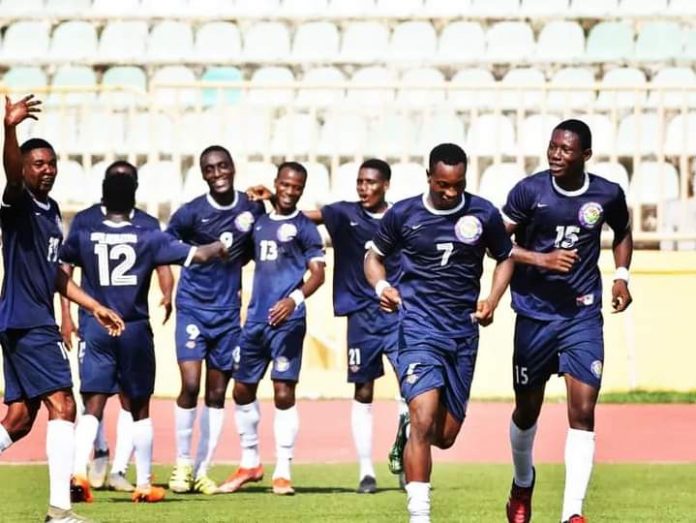 Three first half goals was enough for SGFC Athletics who recorded a 3-1 victory over Osopadec FC on Thursday evening at the Kwara State Stadium Complex Ilorin.

A brace from Jegede Anthony in the 20th and 28th minutes respectively with a goal from Nelson Sunday early in the 3rd minutes powered SGFC Athletics to a resounding victory over their opponent which meant that they began the NLO One second stanza on a winning note.

Sitting fifth on the Group C1 standings SGFC needed a win to shoot up the ladder, and got the needed results which now place them fourth on the log with 13 points after eight games, while Osopadec FC remains seventh on the log with eight points from nine games.

Reacting to the victory was head coach, Jamiu Issah, also referred to as the ‘Future One’ who expressed his satisfaction with the victory but stated that he expected his team to have scored more goals in the second half.

“It was a good game, we got the needed results we will take it and keep working hard to achieve our target”.

“We took control of the game in the first half and scored three goals, our opponent came out better in the second half even though I believed we still had the chance to score more goals which we didn’t take, at end it was a good game and we will keep building on this”, he stated.