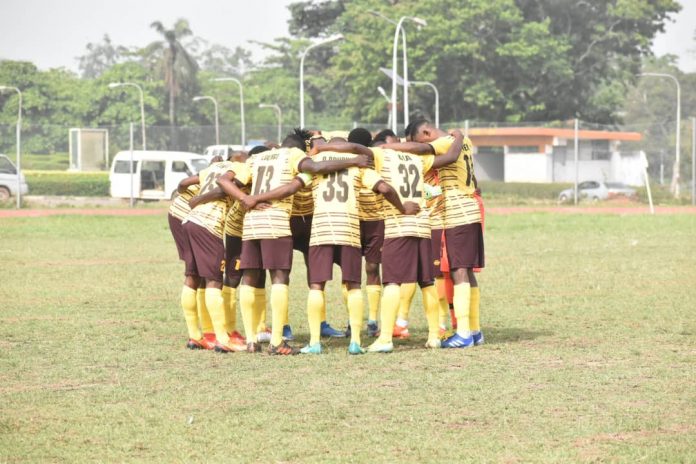 Following the second-tier league resumptions, Osun United FC managements have called on stakeholders to rally the team now that boys will be separated from men.

Making the call on behalf of Omoluabi Giants, the Team Manager of the side, Kabiru Adekunle appeal to football stakeholders to increase their support in making the state owned darling team to thrive and return to where it belongs.

Recall that Baruwa tutored side managed four wins and one draw and pegged at eight on the log with 13 points at the end of first round, the performance which the management frowned upon.

Having released five players and rejigged the squad during the mid-season break, the team is set to be turning in an impressive results both home and away.

“We are aware of our current position and are seriously doing everything we can to redeem our image.

“We told the coaches to beef up the squad with ambitious players without interference.
The government is doing its best and we appreciate them a lot that’s why we need to reciprocate their gestures with outstanding performances.

“We therefore appreciate football administrators in the state, our supporters and fans for their support and loyalty. We equally salute the efforts of media guys in promoting us. We are therefore calling for more supports because it’s not over until it’s over.” Team Manager explained.

‘Believe And Achieve’ side will tomorrow play host to lbom Youths FC at the football pitch of Obafemi Awolowo University lle-lfe. The must win crucial encounter is billed for 4pm.