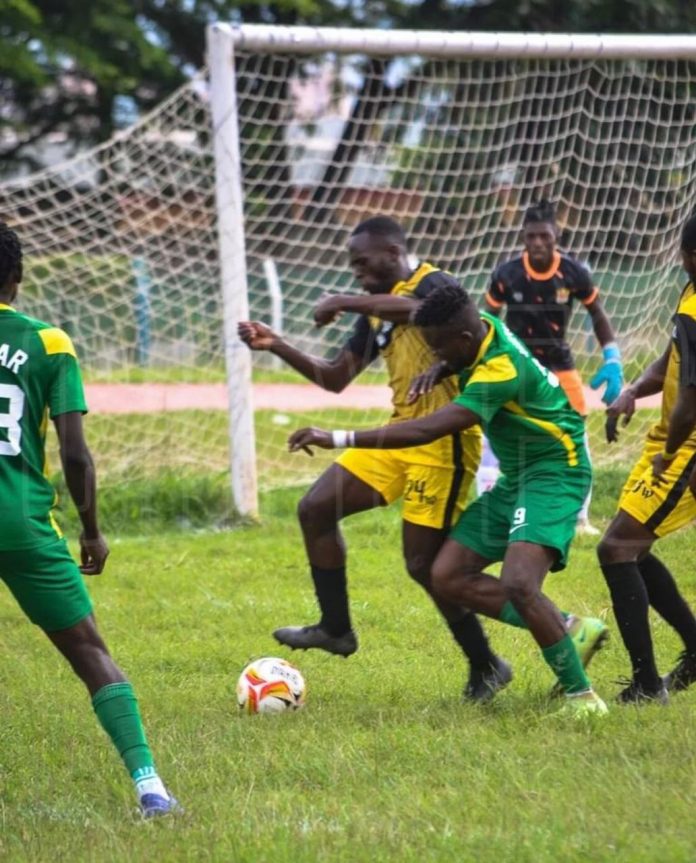 Relegation bound Oyah Sport FC has put a dent to City Fc hopes of playing top flight football next season following their 2-2 draw in the match day 16, Northern Conference A1 of the Nigeria National League NNL at the Old Parade Ground Gariki Abuja.

The draw means that City FC would have to win there last two games of the season with large goal margin and hope that second place Sokoto FC and table topers Elkanemi Warriors drop points in thier fixtures in other to get promotion to the Nigeria Professional Football League NPFL.

Samuel Dominic and Daniel Adisa were the goal scorers for the home side who found the back of the net twice under 25 minutes of the first half, but that wasn’t enough as Terwar Thaddeus of City FC brought back hope for the visitors at the 28th minute to end the first half 2-1.

The second half was filled with drama as Samuel Dominic turned from a goal scoring hero to the villain as he was found guilty of a red card offense and was sent off, reducing Oyah FC to ten men in the 63rd minute.

Pressure from the visitors led to a penalty in the 86th minute which was calmly slotted in by Emanuel Ihezuo to end the tie 2-2.

Speaking after the match newly appointed coach of Oya Sports FC, “Sabastine Chika Samson said he was pleased with the performance of his team despite their sealed fate to play in the Nationwide league next season.

According to him, his team would have gotten better results in previous games and may have stayed back in the league if they played as well as they did today in previous matches. He however thanked the Chairman of the club, Osman Sallah for all the support the team got and remains upbeat that Oya Sports FC will return to the NNL in no distant time bigger and better”.