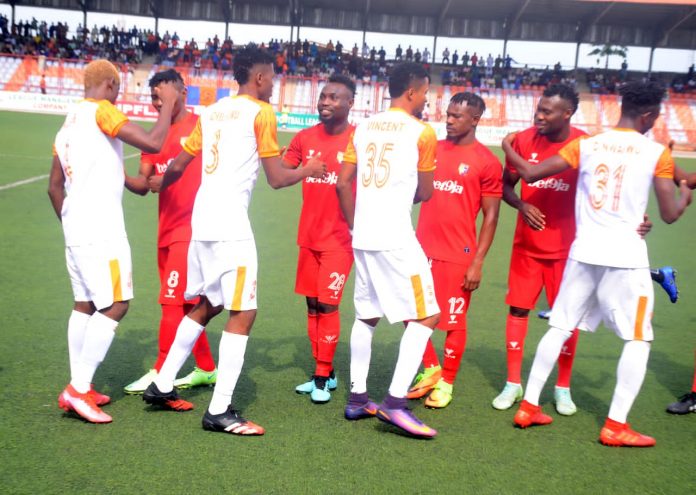 Former Sunhine Stars player and academy product, Dayo Ojo stole the show on his return to Akure, with a goal that made the difference between Sunshine Stars and Remo Stars on the penultimate matchday of the 2021/22 NPFL season.

The midfielder was onsong in his familiar terrian as he netted the only goal which edged the southwest derby 1-0 in favour of Remo Stars.

After a cagey opening, Ojo rattled the Sunshine Stars defense with a low drive which went inches wide, before hitting the woodwork from another effort few minutes later.

Midfielder Ike Brandon and matchday captain, Samson Olasuopo also mustered something at intervals, as Brandon sent a long ranger into the Remo goalkeeper’s hands, then the striker flashed high from a distance before the break.

Remo began the second forty-five minutes with urgency and after missing successive close range efforts, breakthrough came through the former home boy, Ojo in the 58th minute, as he netted home from a passed corner kick.

The only goal sealed the game for the visitors, as Sunshine Stars now shift attention to the final day meeting with relegation threatened Dakkada FC in Uyo.