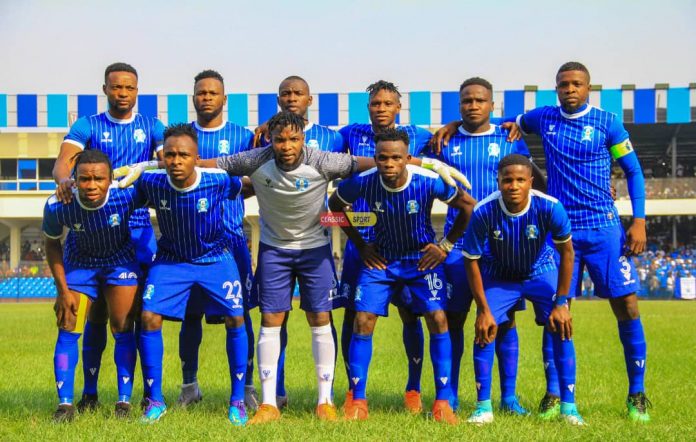 It is the three points or nothing. That is the song on the lips of the players and officials of Shooting Stars Sports Club (3SC) of Ibadan, as they get ready to confront their Southwest neighbours, Sunshine Stars FC of Akure.

Both sides go into Sunday’s matchday six clash, ready to rekindle their rivalry, halted for about four seasons, no thanks to the relegation of the Oluyole Warriors in 2017.

The Lekan Salami Stadium is expected to be filled to the brim again, as soccer fans in Ibadan and its environs, will definitely throng the arena to cheer the Ibadan soccer lords to victory over the Owena Waves.

Going by the mood in the camp of 3SC ahead of this tie, the coach Deji Ayeni tutored Sunshine Stars may be in for a very difficult contest.

Coming from a painful 0-1 loss to Enyimba last Sunday in Aba, the coach Edith Olumide Agoye tutored lads, who against all odds, held the Peoples’ Elephants till the 86th minute before conceeding the lone goal, in controversial manner though, eagerly look forward to Sunday, to vent their spleen on the Akure gunners.

Knowing fully well that their vociferous backers will accept nothing but a convincing win on Sunday, the Oluyole Warriors, have vowed to send the visitors back to Akure empty handed.

However, this may not come on a platter of gold as the encounter, typical of a derby, will definitely be hotly contested, as recent results of Sunshine Stars, indicate they will not be an easy nut to crack.

Still basking in the euphoria of last Sunday’s match day five 3-0 victory over Kano Pillars in Ijebu-Ode, which came after they forced Rivers United to a 0-0 draw in Port – Harcourt on matchday four, the Owena Waves will surely fancy their chances of leaving Ibadan unscathed.

This could however be a mere dream as the visitors are coming to Ibadan at a time the wounded Oluyole Warriors are in no mood to drop any point on their home soil, especially now that they need a big win to cconvince their skeptical supporters of their ability to excel in their return to the topflight.

The die is cast, as the Stars battle for supremacy on the lush green turf of the Lekan Salami Stadium.