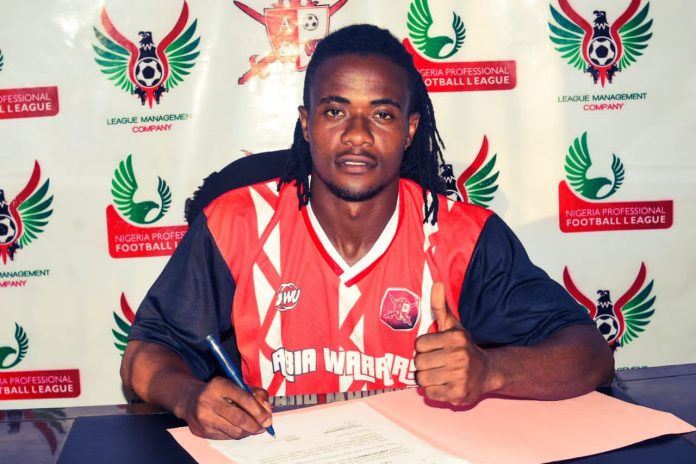 “We are thrilled to announce the signing of Cletus Emotan From Rivers United! The Midfielder signed a two years contracts with us”, the club announced.

The former Nigeria U-23 midfielder ran out of contract at the end of the 2020/2021 NPFL season with Rivers United before agreeing to join the Umuahia based club on a two year deal.

Cletus who joined Rivers United in 2019 played a total of 43 matches for the club scoring three goals, also featuring in the CAF Confederations Cup for the Pride of Rivers before picking up a minor injury during the second stanza of last season.