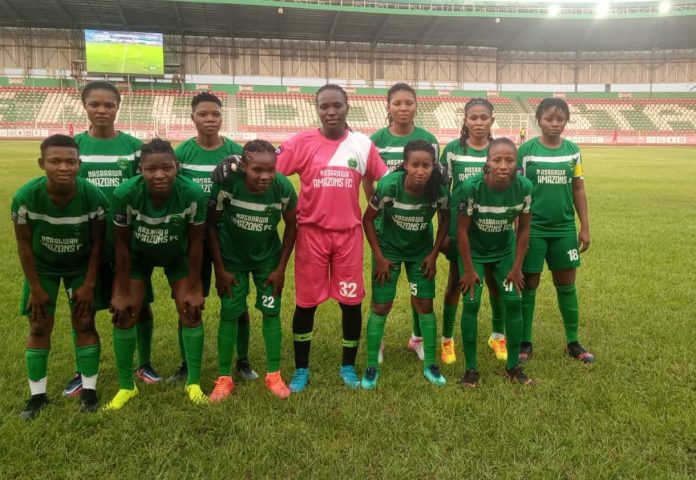 The General Coordinator commends the players for starting the first NWFL premiership game of the year on a scintillating note.

“Congratulations girls, good game, good efforts and good result. We are very proud of you so we want you to keep focus because this is just the beginning of the year, you know we have a long way, we are not there yet, but with what you have done in this particular game against Nasarawa Amazons, I’m confident you will make us proud at the end of the season.”

“It was a tough game no doubt, but you gave a good account of yourselves. Highly contested game, defeating a formidable opponent like Nasarawa Amazons shows that we mean real business. So I’m very elated, and I want us to keep the winning spirit on.
The State government and the entire management team are fully behind you. So we are looking forward to seeing Edo Queens being crowned Champions at the end of the NWFL 2021/2022 premiership season.”