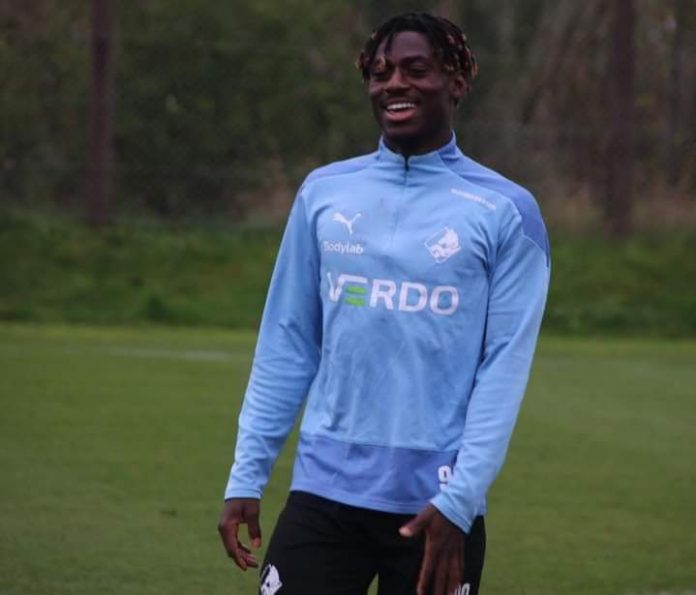 Danish Superliga side Randers FC have announced the permanent signing of Stephen Odey from Belgian club KRC Genk following his brilliant display since joining the club on loan, Owosports.com.ng reports.

The former MFM FC of Lagos striker joined the Danish side on loan from the Belgian Jupiler league club KRC Genk last summer after a successful loan spell with French Ligue 2 side Amiens SC.

Since joining the Superliga club, Odey has been a revelation and he was adjudged as the player of the month for October.

The club announced his permanent capture through its official website on a 3 year deal.

“We are therefore pleased to announce that Randers FC has bought Stephen Odey in Belgian Genk and signed a contract with him valid until the summer of 2024,” the club said.