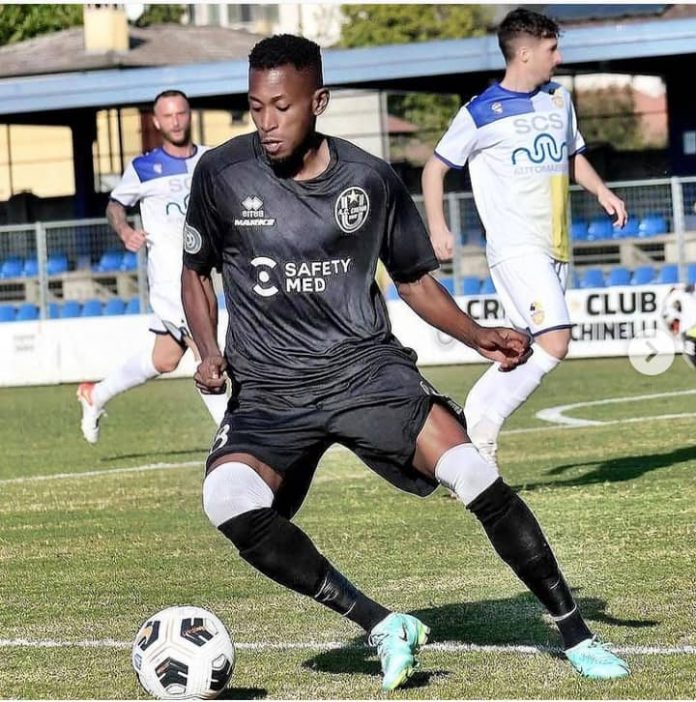 Former Super Eagles star, Nnamdi Oduamadi has made his debut for Italian series side AC Crema in their 1-1 home draw against Brusaporto at the Stadio Giuseppe Voltini.

Oduamadi who has not played league football since he left KF Tirana of Finland in 2019 was last week unveiled by the Italian side.

The 30-year-old former AC Milan product who joined as a free agent could not but watch in anguish as his team shipped in a late penalty to share the spoils on Sunday.

The Nerobianchi had taken the lead in the 16th minute of the second half with a goal from Rinaldini but the equalizer from Forlani via a spot-kick in the third minute of injury time denied Crema a back-to-back win and it’s second of the season.

Recall the club piped Nova Giussano by a lone goal on Matchday 4. The Matchday 5 painful results leave Crema 17th on the Serie D – Girone B table with 4points.

Meanwhile, the Nigerian and his Crema teammates will keep a date with Breno on Sunday at the Campo Sportivo Comunale Tassara.