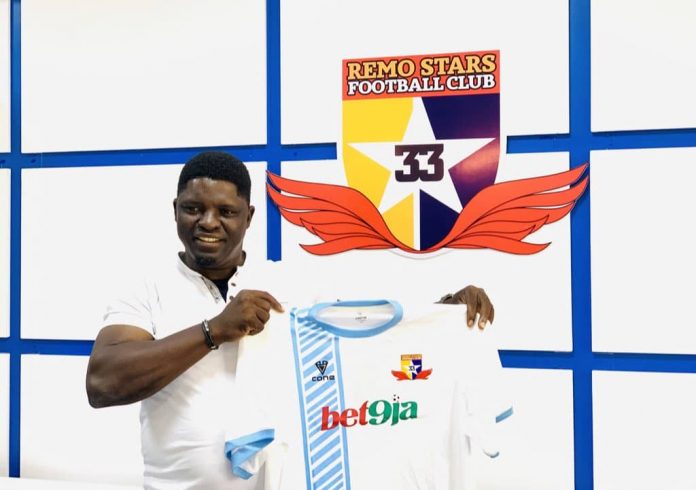 Nigeria Professional Football League club has on (Friday) announced the return of coach Daniel Ogunmodede as their new head coach ahead of next football season.

Daniel Ogunmodede who led Remo Stars gain promotion back to the NPFL last year before departing for Portugal where he spent one season with CD Feirense will now be on the dugout for the Sky Blue side next season.

“For me, it’s not a new environment, it’s my domain, I have been there for years, now I’m back to the fold, though on a bigger platform” Ogunmodede said in a press conference after his unveiling.

He continued “The most important thing is to sustain the culture of the team, we are known for developing young ones and taking them to limelight, we also want to win and remain consistent”, He concluded.

Remo Stars finished third on the NPFL log in the just concluded season and will fly Nigeria’s flag in the CAF Confederations cup next season.