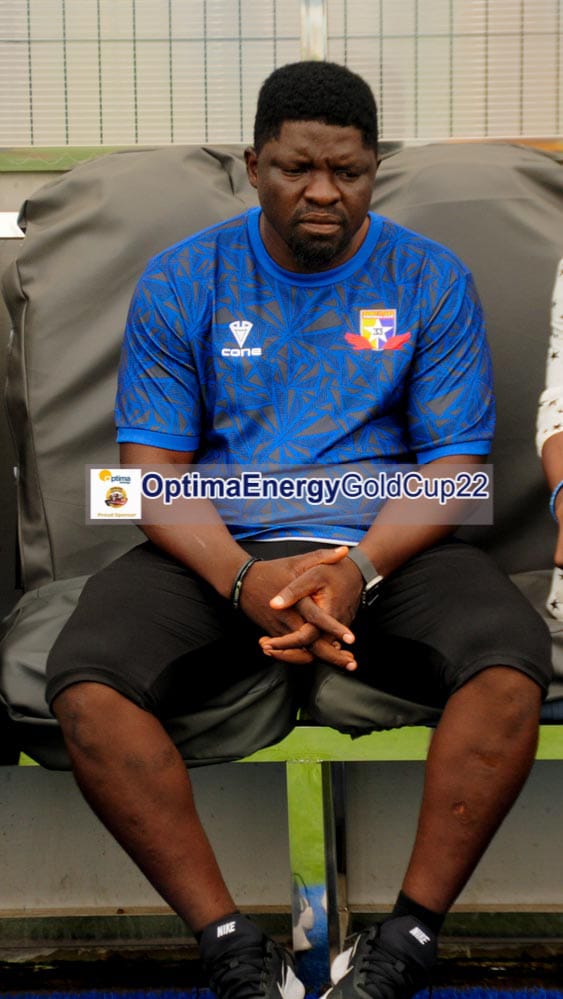 Daniel Ogunmodede says he expects a lot from his players after he tagged the Optima Energy Gold Cup final against southwest derby neighbours a ‘big war’.

Remo Stars became the second team to make a back-to-back final of the nation’s prestigious preseason tournament after they cruised past Sporting Lagos by a goal to nil.

Speaking ahead of the Independence Day final at the Remo Stars Stadium in Ikenne, Ogunmodede, who will take on his former boss, Gbenga Ogunbote noted: “We want to win all games and improve our team play as the matches come, as our football culture plays good football to win.

“The final will be very interesting and a big ‘war’, as Shooting Stars is guided by our former coach (Ogunbote), you know what that means.

“I expect a lot of fireworks and good football from both teams. It will be a delight for us to retain the trophy.”

In the semifinal game, after they laboured to beat Sporting Lagos.

“The tough game from Sporting Lagos was expected, as they had the mindset of winning the semifinal encounter against us, after all, they have the same quality as Remo Stars.

“We had about five players out who played against us during the tourney. All wanting to prove a point to us, that putting them on the transfer market was a big mistake.

“Quality plays from Sporting Lagos but in the end, we showed them class that we are Remo Stars despite going into the break goalless with them.

“Our second-half performance was promising as I told them in the locker room that our pride was at stake, both teams are private owned clubs but we have been there for a long, as we have invested a lot, have a good football culture and now we want to throw the game away to a rookie side.

“Our pedigree was at stake as they needed to up their game, that perhaps lifted their spirit and in the end, they got the goal.