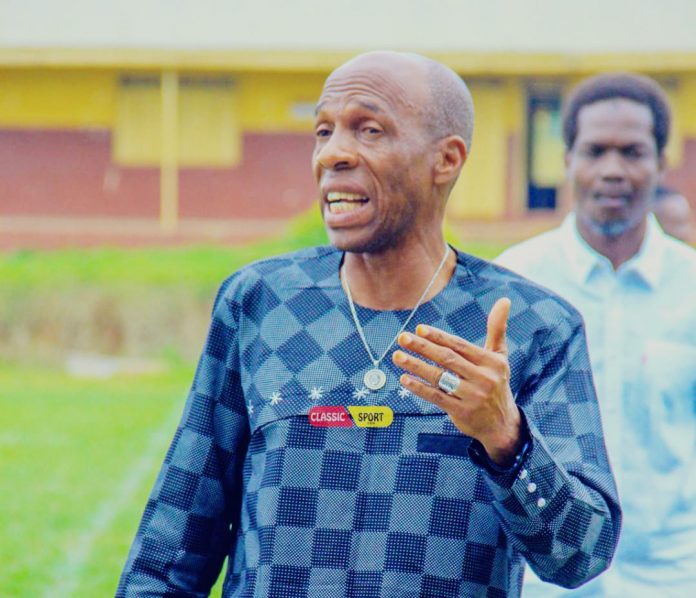 Richard Opanuga chairman of SGFC Athletics football club has commend the team for their Impressive performance at the just concluded 2021/2022 Nigeria Nationwide Division one League (NLO).

Opanuga speaking with Journalist stated that the club has gone far with it’s goals adding that it was a mission accomplished in the just concluded season.

“SGFC Athletics has gone far with the scope of the team’s vision, we started well we finished third best on the table so far so good the vision is being accomplished we are doing well and we hope to come back stronger next season”, He opined.

The chairman also highlighting some of the club’s core values and vision stated that their major goal is to take the boys off the street and make them stars to be reckoned with in the future.

“The vision is to take the boys out of the street and make them stars, they are meeting up the expectations each day because they want to move to the next level”,

Speaking on the strength and weakness of the club Opanuga stated that the weakness is the lack of sponsorship to assist the team.

Talking about their relocation from Lagos to Kwara State he said “It’s always very challenging when you move from your local base to an external location because the support will be shrinking, understanding the environment is a key factor then the acceptability will be a problem but we are gathering fans and we are moving from stage to stage to see that we get a high level of acceptance in the community.

“SGFC is doing well and I believe that in the next three months we should be doing good, we love the environment we have the presence here and as you can see things are moving on well for us, it always though for teams that just moved to a new location and then come third in the league.

“We are doing well, if we should look at the officiating here in Nigeria SGFC Athletics should be topping the league but it like a syndrome here that when you for an away game you go just consider it as a loss so the club is doing well.

He however added that the club will continue with the momentum going into the new next season affirming that the structure as it is in the USA will remain unchanged.

“Our template can never change because the template is brought from US if you look at the club since 1999 we have it Nigeria and in USA, we are basically a developmental team that transfer players into the high level of football Kada we will maintain the template we are here to stay we can’t be pushed the environment is good.

“There several scope of network available to SGFC in Europe but we will take our time one step after the other.