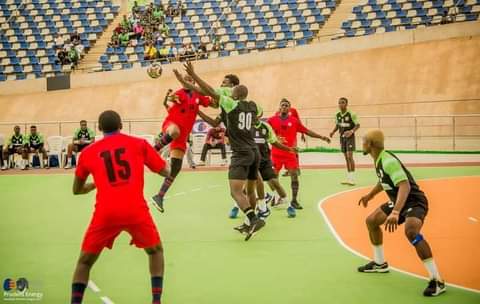 In the Men Category, Lagos Seasiders Boys defeated De Defenders at the dead of time 22-21 as their goalkeeper saved a last minute seven metre shot while Tojemarine Academy, making their debut in the league, got off to a winning start, howbeit in a dramatic fashion as they scored a goal at the last seconds of the match to defeat a formidable Rima Strikers of Sokoto 24-23.

Experienced Imo Grasshoppers of Owerri motivated by the Imo State commissioner for sports, who was on ground to watch them, defeated debutant Bayelsa Queens 36-26 while Defender Babes defeated Plateau Peacocks 27-20.