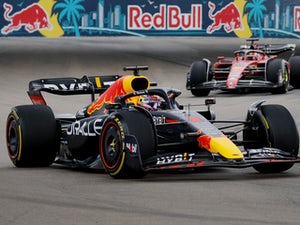 Already trailing the Ferrari man by 27 points and only qualifying in third place on the grid, Verstappen was aware that he faced what could turn out to be a game-changing race in the season.

However, the Red Bull driver handled the pressure with flying colours, passing Carlos Sainz Jnr on the opening lap and Leclerc later during the early stages to take the lead.

Verstappen would have seemingly cruised to maximum points had it not been for an incident which brought out the safety car, giving Leclerc a second chance at a previously unforeseen overtake.

Despite his rival’s window of opportunity, Verstappen came through the odd shaky moment to claim victory by just under four seconds to move to within 19 points of first place in the Championship.

Sainz secured the final podium spot, narrowly ahead of Sergio Perez in the other Red Bull, with the Mercedes pair of George Russell and Lewis Hamilton finishing fifth and sixth position respectively.