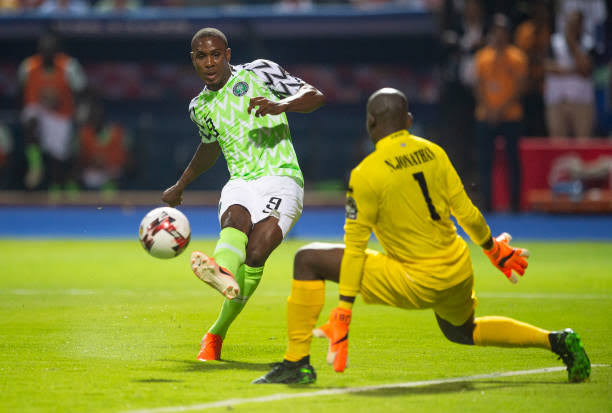 Former Nigeria international Odion Ighalo may make a return to the Super Eagles as reports suggest that both the President of the Nigeria Football Federation (NFF) Mr. Amaju Pinnick and Super Eagles coach, Gernot Rohr have approached the goal poacher to make a comeback to the national team.

Ighalo who retired from international football after the 2019 African Cup of Nations could have another opportunity to increase his 16 goals scored in 35 appearances in the national team colors if he decides to come out of retirement.

The former Manchester United striker in a chat with ESPN confirmed that he has been approached by the NFF President, Pinnick, and the Super Eagles coach, Rohr but insisted that he hasn’t given a final say yet.

Currently, the national team has got a crop of young players who could bond and become a force to reckon with as they play together. Bringing back a player from retirement to the fold may have its positive or negative and that may be tantamount to the narrative of ” old wine in new wineskins”.  Ighalo’s experience will be a huge plus on the team, however, considering that the old wineskins had been stretched probably to their limit (age) and become brittle (strength not at top level) but if one insist on putting the old wine in new wineskins it may risk bursting it.

“They have been in contact with me about the possibility of coming back, Amaju and coach,” Ighalo told ESPN.

“I don’t know. I have not said yes or no. I haven’t made any decision concerning the national team.”

Rohr on the other hand spoke confidently of having the goal poacher back as he prepares his team for the 2022 FIFA World Cup qualifiers against Liberia and Cape Verde.

“The final list is not made yet,” Rohr said

“But there is a chance to get him back. I put him on the bigger provisional list for the next games because he is very important with his experience and his goals and I hope he can come back, but we will see. He has still the ambition to help his country.” Rohr concluded.