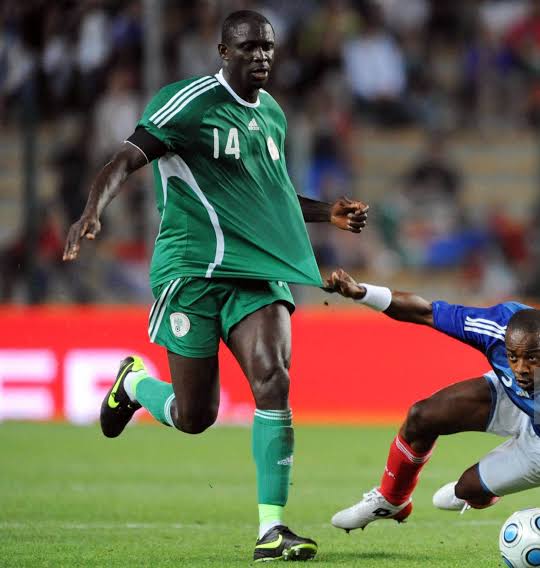 The former Nigerian International who won 48 caps with the senior National team between 2002 and 2011 disclosed this in an interview with The Punch.

He said that the Super Eagles under the German tactician does not have a true pattern of play despite the array of talents at his disposal.

“I am very concerned and at the same time I can understand why I spoke about having an identity and playing philosophy.

“There must be some sort of identity. We must win or lose as a result of a particular system that the technical staff must have built over time.

“Until we have that (philosophy), we would continue to lose games and win the odd ones.

“These days, football goes beyond just putting 11 talented players on the field, they need to know what they’re doing.

“A country of Nigeria’s status should have a playing philosophy, a playing style that explains when you win games. What form did it take and why do you lose games? There needs to be an identity and I feel it should go beyond Gernot (Rohr). It should be from all our age-grade teams to the Super Eagles,” he added.

The Super Eagles will be in action against Liberia and Cape Verde in their final group C Qatar FIFA 2022 World Cup qualifying match on the 13th and 16th in Morocco and at the Teslim Balogun stadium Lagos respectively.