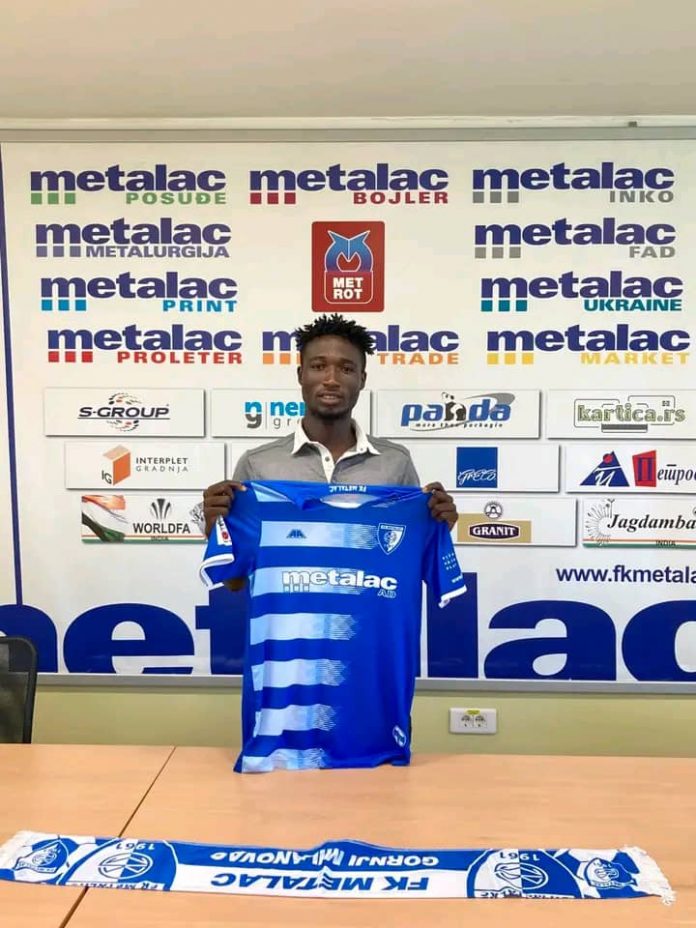 Serbian second division side FK Metalac have completed the signing of 20-year-old winger Abel Abba from FC ONE Rockets of Abat, Onna, Akwa Ibom State on a three-year deal.

The forward was a revelation for FC ONE Rockets last season where he scored eight goals and provided a couple of assists in his debut season in the Nigeria National League.

In the ongoing campaign, he scored a goal in the team’s 1-0 win over Warri Wolves at the training pitch of the Godswill Akpabio International Stadium two months ago.

The 20-year-old was outstanding in trials with FK Metalac, scoring three goals and providing two assists in two games which endeared him to the club’s fans and technical crew.

The Benue State native is expected to help FK Metalac in their chase for promotion to the Serbian top flight in the 2022/2023 season.