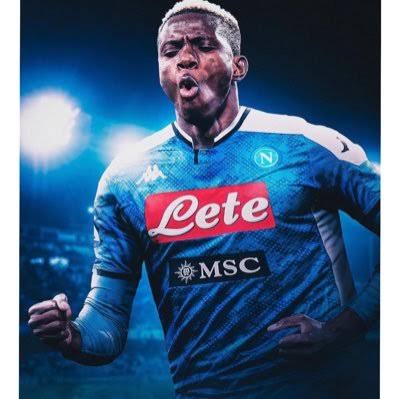 Victor Osimhen seems to be a man on fire at the moment as he netted a brace in Napoli’s 4-0 win over Sampdoria at the Stadio Comunale Luigi Ferraris ( Genova) to continue their perfect start to the Serie A season.

The Nigerian striker scored the opener in the 10th minutes after he pounce in on Lozano Isigne’s cross to put the ball beyond the goalkeeper who tries to clear the ball, but it had already gone in for the first goal.

Osimhen’s second came in the 49th minutes as he finishes off Lozano’s pass to score the third and his brace on night to take his serie A goal tally to three for the season and five in total in all competition.

Fabian Ruiz and Piotr Zielinski where the other goals scorers on the night for Napoli as they cruised to a resounding victory over Sampdoria to remain tops of the Serie A standings.

Osimhen has now scored in three consecutive games for Napoli following his brace in their 2-2 draw against Leicester City in the Europa League followed by a goal against Udinese in their last Serie A fixtures on Sunday.