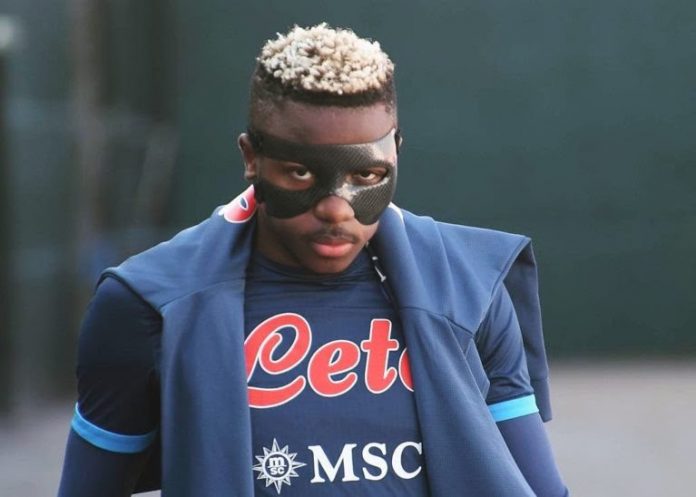 Nigeria striker Victor Osimhen returned to the pitch in Napoli’s 2-0 victory over Bologna in their Italian Serie A clash on Monday Evening at the Stadio Renato Dall’Ara, Owosports.com.ng reports.

The forward who has been out of action since November following a horrific clash of heads with Inter Milan defender Milan Skriniar, replaced Belgian Dries Mertens in the 71st minutes.

The former Lille of France striker came close to getting his name on the score sheet late in the 87th minutes but saw his efforts go inches wide.

Hirving Lozano brace in the 20th and 47th minutes was enough for Luciano Spalletti’s Men to secure maximum points on the night to remain third on the Serie A league standings.