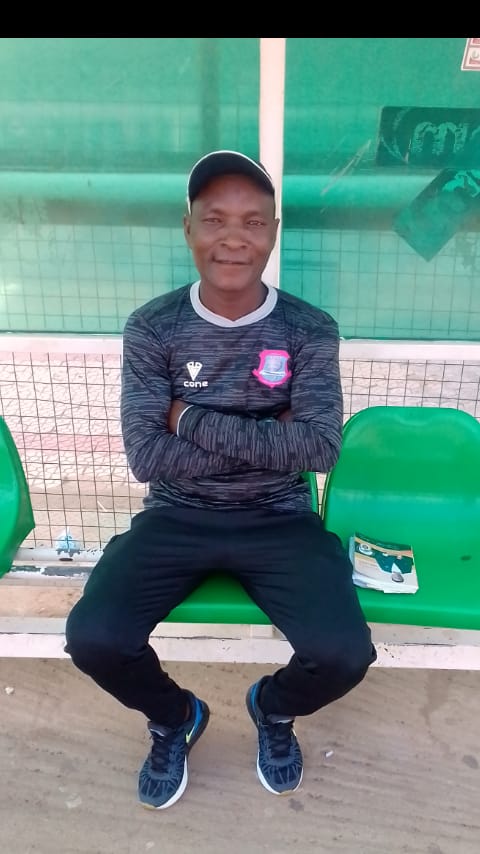 Shola Ibrahim Adewuyi is a popular name in football. He’s not only known as a footballer but as one of the best coaches, both in men’s and women’s football.

Right from his playing days as a footballer, he’s known to be a skillful player and a schemer.

The creative midfielder who went through the football school of late Coach Abdullahi Salihu Bebe at NUB Football Club of Kaduna way back in 1990 and 1991 with other great and talented players.

The Osun State born Shola Adewuyi who played all his professional football in the domestic league would then moved to Stationery Stores in 1991 and was part of that golden generations of the ‘Flamings’ set up tutored by late Coach Bebe.

After his playing moments, Shola Adewuyi delved into coaching as he believed to still have more to offer the sports.

He started his coaching career with Junior UNTL FC of Kaduna, a male team between 1998 and 1999.

He would then tried out his luck with a women’s team as a coach when he tutored the then famous Waheed Queens of Kaduna. Adewuyi spent eight years with the girls and established himself as one to be reckon with as women’s team coach.

He was contracted to coach the Kaduna State women’s team to the National Sports Festival in 2008. After the festival he joined Ambassador Fut De Ball Soccer Academy in Kaduna as Head Coach.

He would then joined Remo Stars as Assistant Coach between 2011 and 2013 before becoming the Head Coach of the Sky Blues Stars for the 2013/2014 football season.

The experienced tactician later assisted Coach Fatai Osho in 2015 when then moved to Kogi United. He would then took up the Head Coach position of Confluence Queens in 2016 NWPL season.

In 2017, Coach Adewuyi returned to Remo Stars where he assisted Osho in the NPFL season. He also had a stint with Niger Tornadoes of Minna as an Assistant Coach for the concluding part of the same season.

The NIS and CAF C certified coach moved to NNL side Kada City the following season and helped the club secured a promotion to the NPFL that season.

His last club was another NNL side in Malumfashi FC of Katsina, a club he managed to maintained their status in the second tier division.

Coach Shola Adewuyi is one of the coaches touted to take over the reign of his state owned club, Osun United.

His intending move to the Omoluabi giants is expected to aid the the become one of the contenders for NPFL slots due to what he will bring to the team.