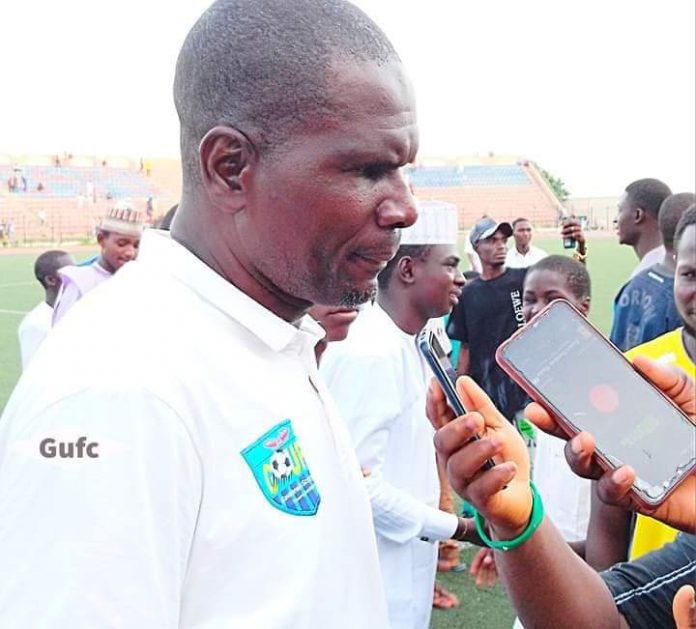 The management of Shooting Stars of Ibadan are reportedly considering firing Edith Agoye and appoint Aliyu Zubair as replacement ahead of next season.

At the outgone Nigerian Professional Football League season, Shooting Stars under Agoye failed to shine and they had to escape relegation on the last day of the season.

In fact there were many matches Shooting Stars played in Ibadan last term that fans were not happy with the results.

According to a source at 3SC, he confirmed that the club management are still having serious talks on who will lead the club’s coaching crew for the coming NPFL season.

They see Aliyu Zubair as an experienced gaffer who can lead them even though the source made it clear that they have not contacted him yet.

“We studied his styles of play very well when he brought Gombe United to Ibadan and we were impressed and we feel he is the type who can change the fortune of the club,” the source explained.

Luckily for Shooting Stars, Aliyu Zubair’s contract at Gombe United has expired after the end of the 2021/22 season, but Gombe United management and fans were pleased with his performances so far by bringing stability to the team and they want him to continue.

As things stand, Shooting Stars will have to offer Aliyu Zubair mega deal which could convince him not to renew his contract at Gombe United.

Aliyu Zubair and his wards made Gombe people proud by not losing any match at home and also finishing 8th on the final NPFL table for 2021/22 season.

Shooting Stars on the other hand who are interested in Aliyu Zubair ended the season 16th on the standings.