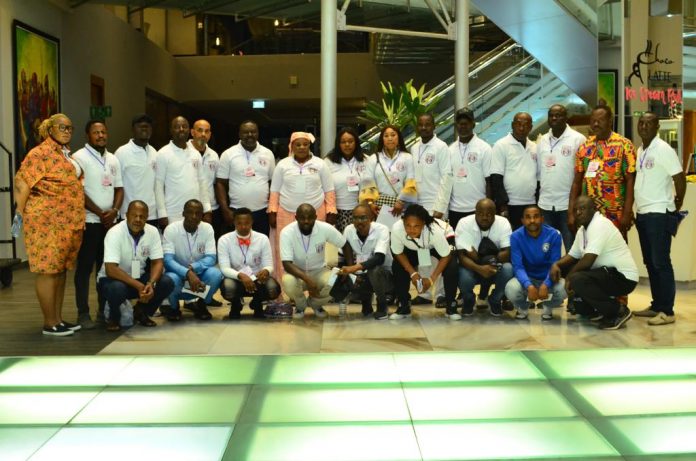 As an independent body, the NWFLCOA does not need the validation of the NWFLCC to conduct its own elections or affairs.

According to a release available to the Media on Tuesday, the NWFLCOA stated: “We are surprised that the Chairperson of the NWFLCC (Madam Aisha Falode) will make public a response to our official correspondence to the NWFL Secretariat public even before receiving our response thereto. “

“We note that the Chairperson, NWFLCC may be mistaking our elections for elections into the Board of the NWFL where members of our Association are to vote by the NFF Statute of 2010. We wish to reiterate that the NWFLCOA as an independent body has its membership drawn from Clubs that invest in the League, particularly clubs in the NWFL Championship and Premiership.”

“Since this matter has been brought to public space by the Chairperson, NWFLCC, it is imperative to set the records straight. Upon assumption of office, the leadership of the NWFLCOA by its letter dated 22nd July 2022 informed the NWFL Secretariat that a new Executive Council emerged at an election which was organised by the immediate past Executive Council on the 21st of July 2022. This letter was written in a bid not to do business as usual.”

“In response to the Association’s letter informing them about the new Executive Council, the Chairperson, NWFLCC Board responded and released the full content of the letter to the media even before receiving our response. The NWFLCOA Executive Council note that the action of the Chairperson of NWFLCC is tantamount to undue interference and meddling with the activities of the Association. NWFLCOA has responded the said letter from the NWFLCC and hereby make the content of its response public so that concerned stakeholders will know the truth.”

“Nothing in the NWFL rules or our constitution or even the official NFF letter appointing you as Chairperson gives you the powers to supervise and monitor our elections or gives you the impetus to cancel our Association’s elections.

“We are shocked that the NWFL which is suppose to be an independent body would rise to condemn a free and fair election conducted by our great Association rather than commend and congratulate the new Executives like most Nigerians have done over the past few days. Please note that the NWFL Board are guided by the NWFL rules and the NFF Statutes, while our great Association is guided by its Constitution.

“We expected that the Chairperson will refer us to the section of the NWFL rules, NFF Statutes, the Constitution of our great Association or even the letter appointing the Board by the NFF where the Board is arrogated the powers to supervise and monitor our elections before it can be valid,” the NWFLCOA response explained.