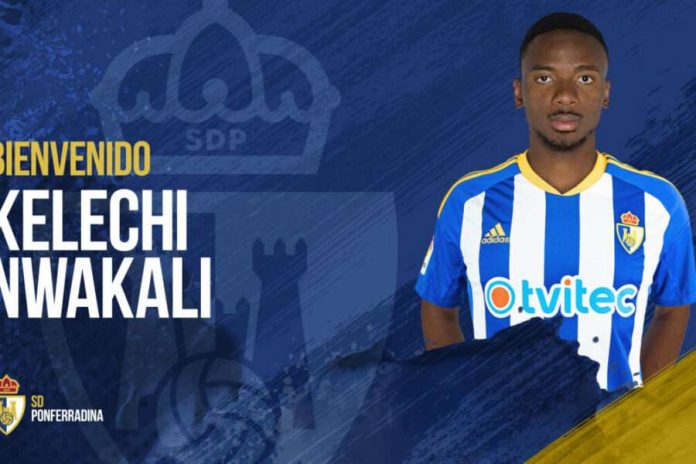 Spanish second division side SD Ponferradina has completed the signing of Super Eagles Midfielder Kelechi Nwakali on a free transfer after seeing his contract terminated by SD Huesca, Owosports.com.ng gathered.

Kelechi Nwakali captained Nigeria to victory at the 2015 FIFA U17 Worldcup in Chile, His qualities caught the attention of Arsenal FC, who signed him for their under-23 team in 2016. he then went on to play on loan at MVV Maastrich in the second division of the Netherlands and at VVV Venlo, with whom he competed in the Dutch top flight.

In the 2018/2019 campaign he joined FC Porto before leaving Arsenal for SD Huesca on a permanent transfer, after making his debut in the top flight in the 20/21 season, in January he joined AD Alcorcón on loan, where he became a regular starter and participated in 18 games. Last season, back at SD Huesca, he took part in 19 league games and 2 Copa del Rey games.

Kelechi Nwakali was amongst the Super Eagles Squad that crashed out in the round of 16 of the 2022 African cup of Nations in Cameroon.