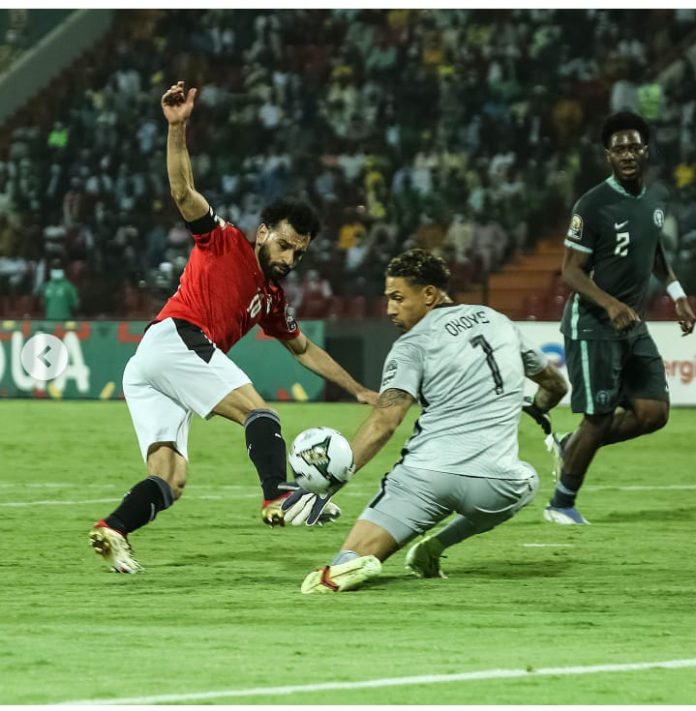 Dutch Eredivisie League side, Sparta Rotterdam have described Maduka Okoye’s save against Egypt in the opening Group D game of AFCON 2021 as ‘Beast Mood’.

Okoye whose save had caused a media frenzy posted on platform Instagram, ‘What a way to start the Africa Cup, great performance from the boys! Happy with the 3 points and the clean sheet!Thank you for your support Nigeria 🇳🇬.’

Kelechi Iheanacho’s 30th minutes thunder strike was enough for Nigeria to claim all three point over the Pharaohs of Egypt in their group D opening match at the
Roumdé Adjia Stadium Garuoa Cameroon.

In the 70th minute, Egypt had their only clear-cut chance of the game, when Omar Marmoush played a through ball to Mohamed Salah, who made a good run behind the defence. Unfortunately, the ball fell behind the Liverpool star and despite managing to control it, his shot was too weak to trouble Okoye.

The defeat marked Egypt’s first AFCON opener one since 2002 when they lost to Senegal 1-0 and their first group-stage defeat when they fell against Algeria in Tunisia.

Nigeria will face Sudan in their next game on Saturday January 15th at 5pm Nigerian time.