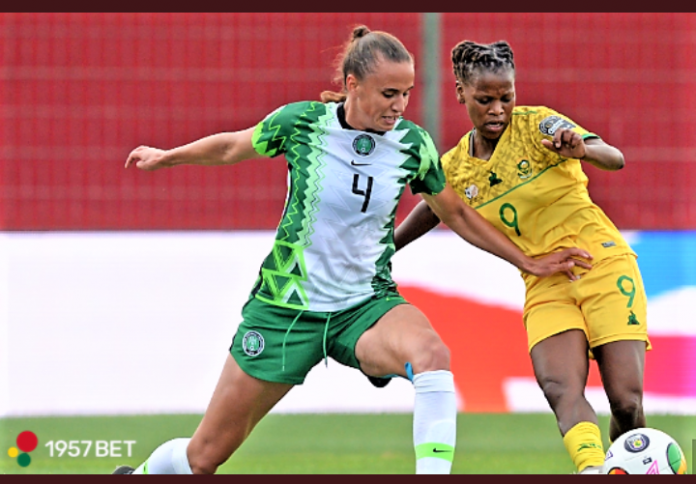 Our Reporter
As it search for it’s first 3 points in the 2022 edition of the Women African Nations Cup (WAFCON) in Rabat, Morocco, Onome Ebi captain of the national women’s football team is optimistic that the Super Falcons will beat the Mares of Botswana, reports OwoSports.com.ng.

Nigeria who are yet to record a point after losing 2-1 to arch rivals Banyana Banyana of South Africa seeks redemption tonight at the Prince Moulay Al-Hassan Stadium.

According to her, “We felt bad to have lost the opening match, and against South Africa for that matter, but we have been able to put that behind us.

“The team have resolved immediately after the match that we will give what it takes to win all remaining games.

“There is no need for too many words. All we want to do is get the win against Botswana to restore our confidence, and then we can take things from there.”

For tonight’s game, first choice goalkeeper Chiamaka Nnadozie returns against the Botswana after missing the first match due to suspension, and the forced departure of Asisat Oshoala means that Gift Monday or Uchenna Kanu will start in the fore for the nine-time champions.

Midfield ace Rasheedat Ajibade, who scored the goal against the South Africans, is expected to again be the pivot as the Falcons search for early goals.