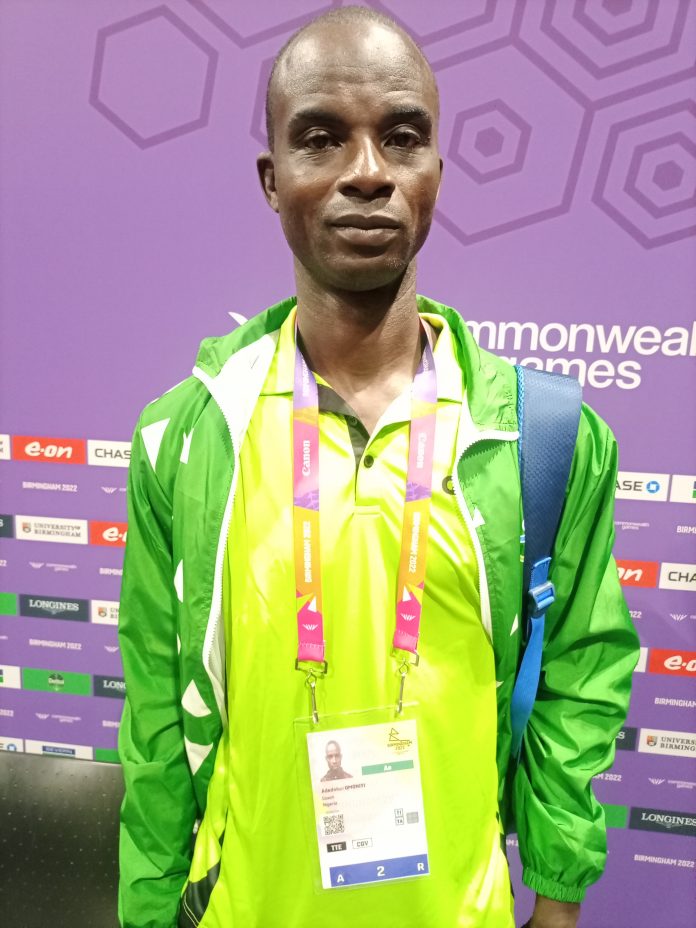 Adedotun Omoniyi, Coach of Team Nigeria Women’s Table Tennis insists that his players have all it takes to upset No.1 seed , Singapore in their next game at the 2022 Commonwealth Games in Birmingham.

It was a top of the table performance from Edem Effiong, Oribamise Esther and the duo of Fatimo Bello and Edem Offiong as they defeated St. Vincent and The Grenadines in straight sets in the singles and doubles events.

A delighted Adedotun: “It was a fantastic start from my players in the singles and doubles events as the win against St. Vincent and The Grenadines was the right tonic they needed going forward.

“Our next game against Singapore, is going to be tough when you looking at their ranking as they are No.1 seed in the table tennis event at the Commonwealth Games here in Birmingham.

“The game against St. Vincent and The Grenadines was like a dress rehearsal, so I expect the best from my players against Singapore as they are good and likewise Team Nigeria.”

It was Team Nigeria’s first event at the 2022 Commonwealth Games in Birmingham, and Fatimo Bello and Edem Offiong light up the National Exhibition Centre, as they made Nigeria proud beating Velox and Cumberbatch in three set 11-6, 11-2 and 11-5 in the Women’s Double.

Team Nigeria will face the real test against Singapore in the evening.