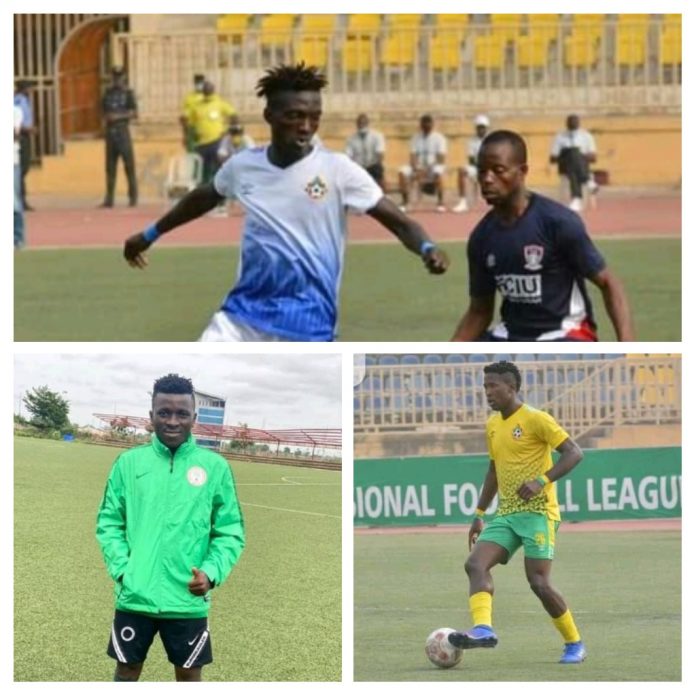 The trio of Stephen Jude, Christopher Nwaeze and Afeez Nosiru of Kwara United has been invited by NFF to the Super Eagles Team ‘B’ camp in preparation for an invitational tournament in Congo, www.owosports.com.ng can reports.

In a letter dated September 21, and signed by Ekene Okoli, the Secretary of Super Eagles ‘B’, the players are expected to join the camp at Legend Excellence Resorts in Abuja from September 22.

The Harmony boys players in the recent time have been making the cut of players that are being invited for national assignment- a clear admiration of their prowess and the exploits of the team in the last NPFL season.

Fresh in the memory was that of Stephen Jude and Muritala Lawal who were part of the Super Eagles team ‘B’ that lost (0-4) to Mexico in an international friendly in July.

It would be recalled that Christopher Nwaeze who is also on the radar of the team again was dropped from the trip to Los Angeles in the last hour.

Afeez Nosiru, is perhaps the new player that will be getting the opportunity to also wear the National team jersey. And as one of the ‘master of set piece’ in the league, he will be making a good addition to the home team Eagles.

The international invitational tournament in Congo is billed to hold from 30th September to October 4th 2021.

Isiah Ejeh,Olawale Farayola and Christopher Nwaeze, all of Kwara United were part of the Coach Ladan Bosso team that participated in the WAFU B U-20 competition in Benin Republic last year December.