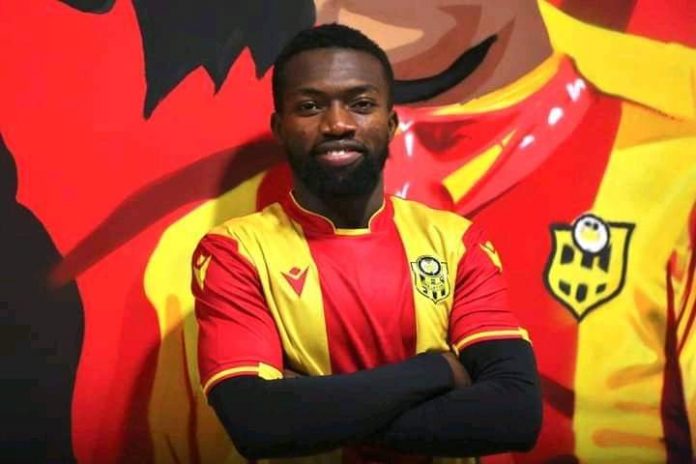 Turkish top-flight side ÖK Yeni Malatyaspor has announced the return of former Nigeria U-23 star Okechukwu Azubuike on a six months loan from Başakşehir after spending the first half of the season at Sivasspor on loan, Owosports.com.ng reports.

Okechukwu Azubuike arrived alongside Godfred Donsah who joined from Italian serie A side Crotone, they will be faced with a huge task of helping the Yellow Reds who currently sit bottom on the Super League standing with 15 points avoid the drop.

In the statement made by the club, “Our club has signed a contract with Azubuike Okechukwu , who played in our team before, on loan until the end of the season. We welcome Azubuike and wish you many successes under our glorious jersey.”

“The Nigerian who had his first European experience in Malatyaspor and wore the Yellow Red jersey between 2015-2018, won the TFF 1st League championship in the Eastern team, Malatyaspor sent Azubuike, which it bought for 200 thousand Euros in August 2015, to the Egyptian team Pyramids in August 2018 with a 2 million Euro”

“Returning to the Super League with Çaykur Rizespor after his loan with Pyramids, the 24-year-old was subsequently loaned to Başakşehir in 2019. before joining Başakşehir on a permanent deal in a fee worth 1.5 million Euros in August 2020, The Nigerian, who spent the first half of the 2021/22 season in Sivasspor on loan, will complete the season in his old team Malatyaspor”. The club wrote.

Azubuike Okechukwu was a member of the Dream team that won Bronze at the 2016 summer Olympics in Rio Brazil.