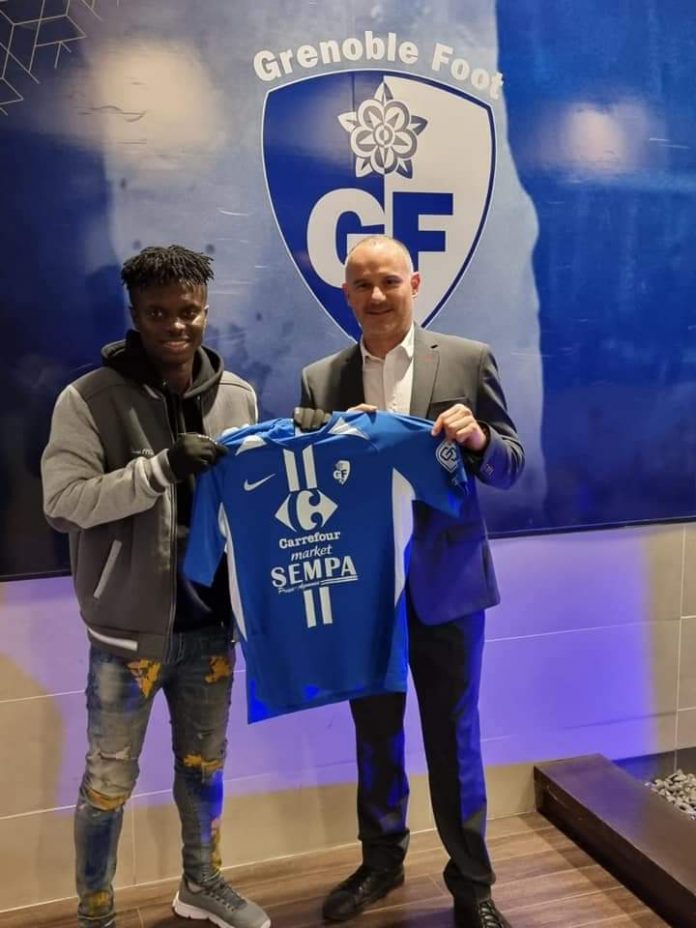 The 2021 Aiteo Cup winner penned down the deal after completing his medicals at the club fitness training centre in Grenoble before the club chairman welcomed him to the administration office where he signed the fotted lines in the presence of his manager.

Okardi Jr was instrumental for the 2021 reigning Aiteo cup champions Bayelsa United against Nasarawa United where Bayelsa United secured their first win for the first time in the club history via penalty after playing 2-2 draw.

Grenoble or GF38, is a French association football club based in Grenoble. The club plays its home matches at the Stade des Alpes, a sports complex based in the heart of the city, and wears white and blue.